Mario Balotelli is likely to be on the move in 2018, with Nice admitting they cannot afford him without European football.

The Ligue 1 outfit proved to be the surprise package in the French top-flight last season as they mounted a shock title challenge.

They ultimately ended the campaign in third place, securing them a spot in the Champions League qualifiers.

Their success, and that of Balotelli, also allowed them to tie their enigmatic 27-year-old striker to a new one-year contract – with the Italian happy to commit after enjoying something of a renaissance in France.

Nice have, however, slipped into mid-table this term and fear failure to reach the top six could cost them the services of a top talent, with club president Jean-Pierre Rivere telling RMC Sport: “Without Europe, it’ll be difficult to keep hold of Balotelli. 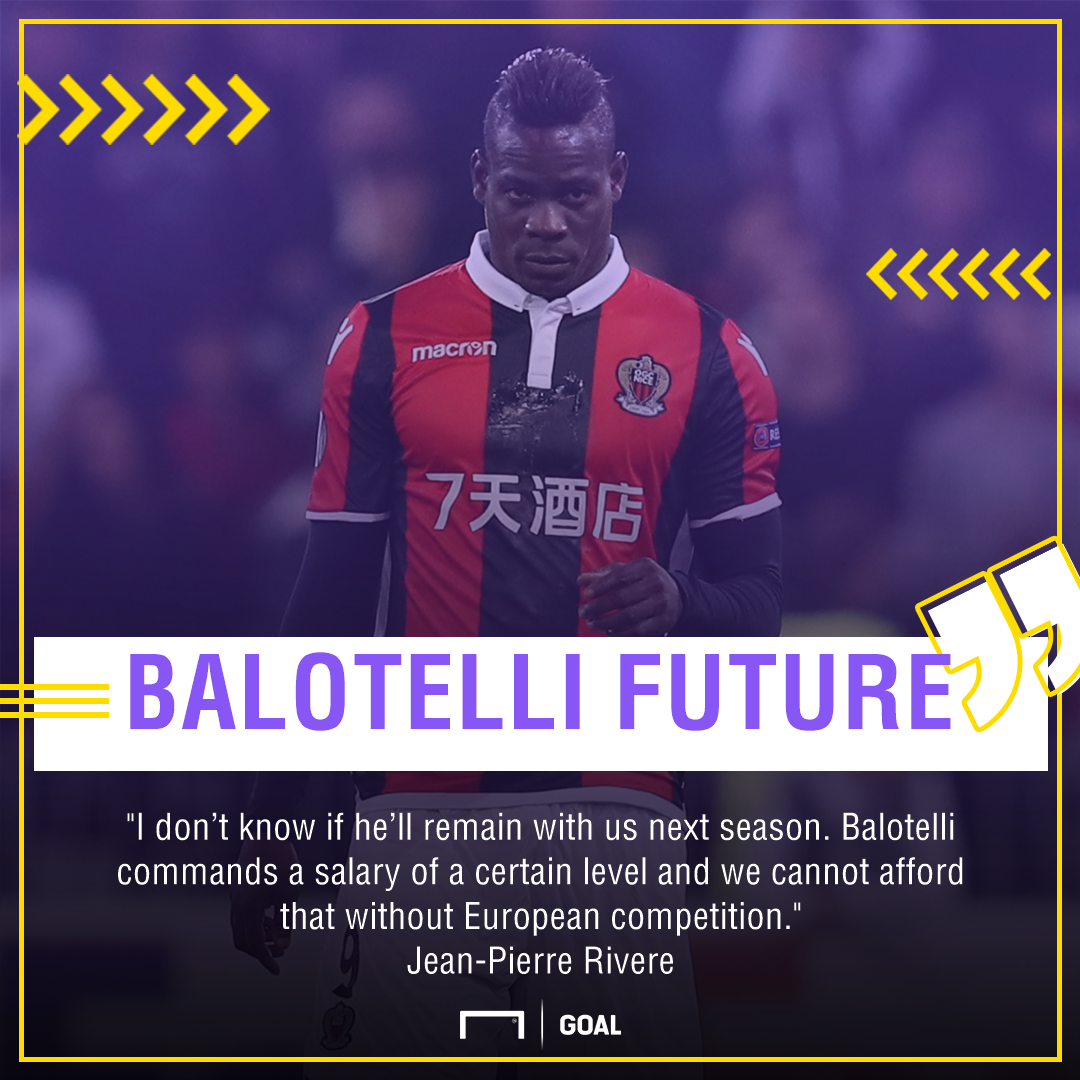 “He is exceptional on the field, he is changing his style of football and improving. I don’t know if he’ll remain with us next season, as it depends on results.

“Balotelli commands a salary of a certain level and we cannot afford that without European competition, even if we’ll do everything we can to keep him.”

Balotelli netted 17 times for Nice in all competitions last season, having been offered an opportunity to rebuild his reputation following a forgettable stint at Liverpool.

He has already added another 15 efforts to that tally this term, in just 20 appearances.

The former Manchester City and Inter forward is starting to look more like a man who has won league titles in England and Italy, but it remains to be seen where he will be turning out in 2018-19.