Nice president Jean-Pierre Rivere refuted the suggestion that Mario Balotelli only stayed at the club because he failed to secure a move to Marseille and has said he will be given a more pre-eminent role in the team.

Balotelli was expected to leave Nice following the club’s failure to qualify for European football last season, which Rivere explained prompted a reduction in the Italy striker’s salary.

Rivere revealed that the 28-year-old received a “very, very large financial offer” from a club in the Chinese Super League and entered discussions with a number of French clubs, including Marseille, but opted to remain at Allianz Riviera for a third season.

The Nice chief insisted claims that Balotelli remained at the club by default are “totally wrong”, telling their official website: “He made this choice despite the absence of Europe and in less advantageous salary conditions than elsewhere.

“He has shown us his desire to stay and his dedication to the club. From now on it is registered, contractualised. We want to give him a leadership role. The coach will have him with him and make every effort to make the best season possible.

“We are very happy with this situation, we have a player totally invested in our project.”

Rivere also moved to quell speculation that Balotelli, who has served two games of a three-match suspension so far this season, disrespected the club by failing to report for training.

“It bothers me a lot that one might think that Mario did something wrong, because it’s not true,” he added. 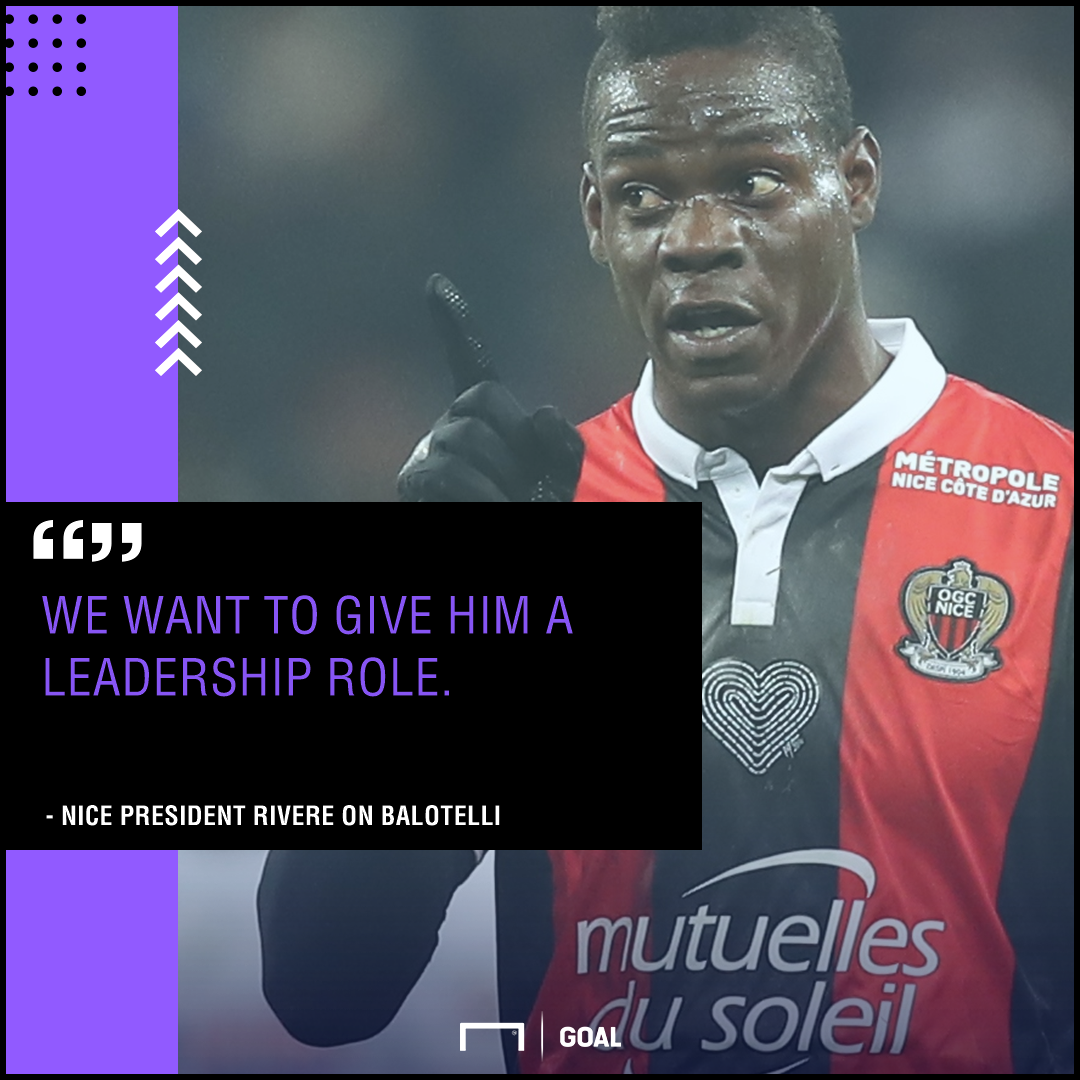 “It was not a gesture of disrespect on his part towards the club, coach, or supporters. It was not a showdown, either.

“In his mind, he was no longer in Nice. He was going to leave us, he was suspended the first three games – it was clear for him.”

Balotelli, who joined Nice on a free transfer from Liverpool in August 2016, signed a two-year contract at the end of his first season at the club to keep him there until June 2019.

Rivere emphasised the club’s achievement in retaining one of European football’s top strikers, saying: “People may not realise it, but having Mario Balotelli in Nice for three seasons, without having invested a transfer fee, it’s an unbelievable opportunity.

“This year, the club has the 10th largest budget [in Ligue 1]. It’s very difficult for us to do that kind of thing, but as soon as there is an ounce of hope, we get on it.

“We showed a lot of patience to seize our chance.”