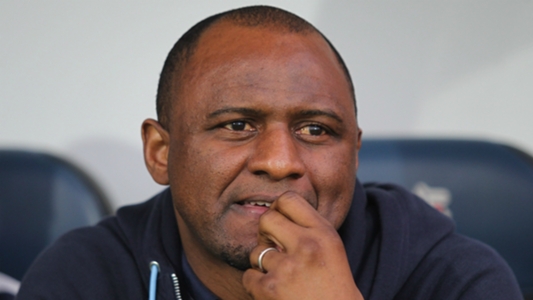 Nice will “try to do whatever is possible” to help Mario Balotelli seal a move away from the French club, according to the club’s manager Patrick Vieira.

The Italy international, who has scored 43 goals in 66 games for the club, was not involved on Saturday as new boss Vieira suffered a losing start in Ligue 1, going down 1-0 at home to newly promoted Reims.

Asked about the absence of Balotelli, Vieira confirmed the player had made clear his desire to move on after two seasons to management at the Allianz Riviera, and therefore was not considered for selection for the opening game of the season.

“The player wants to leave, so it’s unlikely he’ll remain here,” the former Arsenal midfielder said in an interview with Canal+.

“We want players whose desire it is to go forward with the club. It’s a very complicated and difficult situation, so the club will try to do whatever is possible to help him leave.”

Balotelli’s spell in the south of France has seen the forward somewhat rehabilitate his image after a turbulent spell at Liverpool that saw him loaned back to former club Milan amid poor form, but he has made no secret of wanting an exit in recent weeks.

The 27-year-old has also been linked with a return to Serie A, albeit Napoli president Aurelio De Laurentiis emphatically dismissed the idea of signing the former Inter and AC Milan forward last month.

Vieira, a winner with France of the 1998 World Cup, takes charge of Nice following the departure of previous coach Luicen Favre to Bundesliga side Borussia Dortmund.

The 42-year-old was previously manager of New York City in Major League Soccer between 2016 and this year, where he guided them to consecutive conference semi-final appearances.

Nice next travel to Caen in Ligue 1, who they face on August 18, before they host Dijon a week later on August 25.