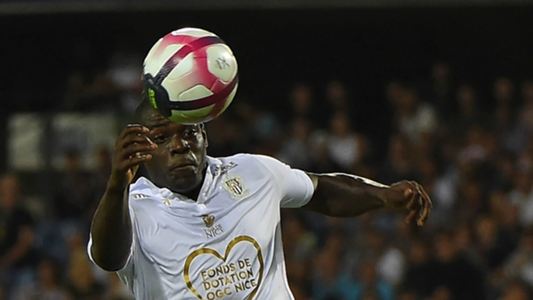 Mario Balotelli has been dropped from the Nice squad for their Ligue 1 match with Toulouse.

Balotelli is absent from the 18-man group named by coach Patrick Vieira for Friday’s clash.

A statement on Nice’s website announcing the squad said only that Balotelli was absent due to Vieira’s decision.

Balotelli missed pre-season with Nice as his future with the club was unclear, Marseille among the teams linked with signing the striker.

Vieira also noted fitness issues for the Italy international, saying in September that Balotelli had “a lot of work to do”, though he praised the striker’s attitude at the time.

Reports of Balotelli being fine for his weight also circulated, though he called those claims “invented garbage” on Instagram.

Balotelli has made two Ligue 1 starts this season and was on the bench for Nice’s last match, a 3-0 loss to Paris Saint-Germain.

The striker came off at the bench in that defeat but is yet to score this season, having hit 33 league goals across two previous campaigns with Nice, including 18 last season.

Nice picked up just one point in their first three contests of the season, but have won three of their last five games and sit in 13th place in the Ligue 1 table on 10 points.