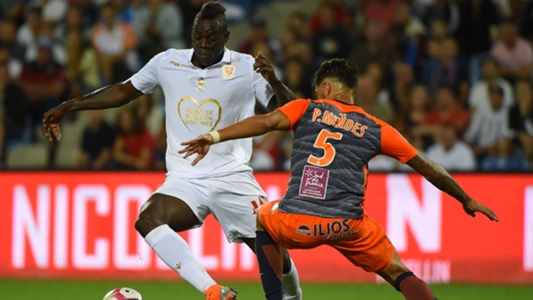 Nice coach Patrick Vieira believes Mario Balotelli is the same person he was at 16 years old, and will be so even when he is in his mid-40s.

Balotelli, 28, has played just three games for the Ligue 1 club this season after returning to training late.

Vieira and Balotelli were teammated at Inter Milan from 2007-10 and then playe dtogether once again at Manchester City from 2010-11.

The Italy international’s character and maturity have been questioned in the past and Vieira said he had seen little change in Balotelli, nor did he expect to.

“Mario was already the man he is now when he was 16 years old,” he said on Friday.

The forward has yet to score yet this season, though, in his brief time on the field.

Vieira has been happy with how Balotelli has bounced back this season and said the forward would be part of Nice’s squad for their meeting with Marseille on Sunday.

“He worked really well,” he said.

“There is no secret recipe. As soon as you have the will to do well and you don’t lie to yourself, there is a structure in place to make him work properly. That’s exactly what he’s done for the last two to three weeks.

Nice are 12th in the Ligue 1 table after winning three of their opening nine games in league play.