Sandro Tonali has arrived to begin his Milan medical after agreeing a move from Brescia, on loan for €10m with option to buy for another €15m.

The 20-year-old midfielder was already in town last night so he could be with the Rossoneri medics from 8.00 local time (07.00 in the UK).

Brescia agreed a deal to loan Tonali for €10m with an option to buy for €15m plus up to another €10m in add-ons.

The Rondinelle will also be guaranteed 10 per cent of any future transfer fee.

He made a strong impression in his debut Serie A season, even though he could not prevent his hometown club from dropping back down to Serie B.

The midfielder already has three senior Italy caps and is pushing for a place at the postponed Euro 2020 tournament.

Inter had agreed a similar deal with Brescia, but delayed the transfer and the player became increasingly frustrated.

A lifelong Rossoneri supporter, he jumped at the chance when Milan came in with a counter-offer.

Tonali referenced that fact when posting an image on his Instagram Stories of himself as a child wearing the Milan shirt. “It’s all the fault of fairytales…” 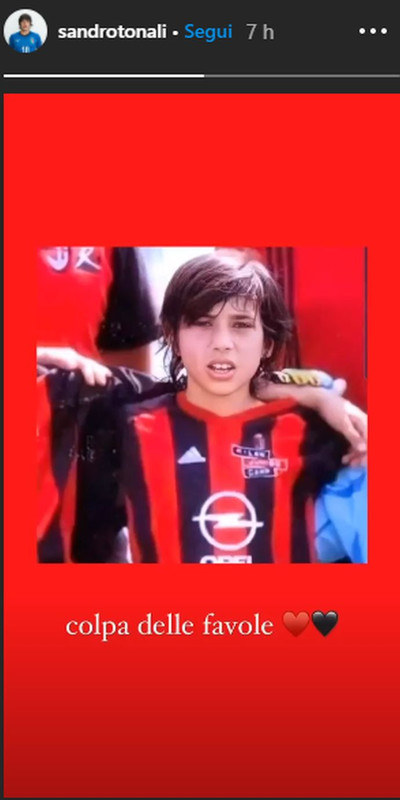 Watch Serie A live in the UK on Premier Sports for just £9.99 per month including live LaLiga, Eredivisie, Scottish Cup Football and more. Visit: https://www.premiersports.com/subscribenow