The modern world of 24-hour news coverage can be tedious, but with more microphones than ever before being thrust in the faces of those at every level of the game, you’re bound to unearth some classics.

And so as 2012 comes to an end, Goal.com thought it only right we take a look back at some of the funniest, weirdest, most controversial, and most heartfelt sound bites from what has been another wonderful year of football. 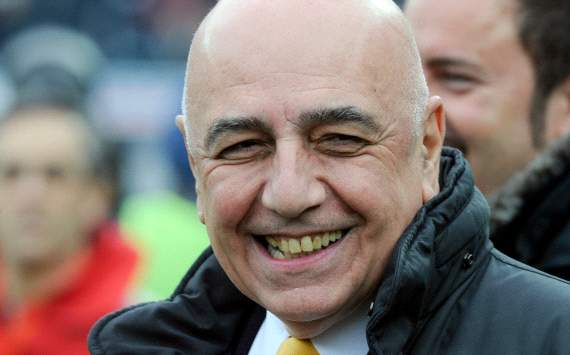 “‘Kojak’ never called me. This makes me laugh. Those guys just got out of bed. They sold [Thiago Silva to PSG] for €45 million and now they want to steal one of ours … If they offered us €25m or €30m then fair enough, but from what I’m led to believe, they merely came in with €5m or €6m. [Galliani should] go play in movies and not hassle us.”

– Montpellier owner Louis Nicollin was none too impressed with the Rossoneri’s alleged pursuit of Mapou Yanga-Mbiwa, comparing vice president Adriano Galliani to the bald-headed protagonist Kojak from the 1970s crime flick.

“Pele said that to shoot a penalty like i did, you have to be either a genius or an imbecile. I consider myself an imbecile.”

– 2012 saw a fair few Panenka-style chipped spot-kicks, and the man himself, Antonin Panenka, was typically humble when asked about his legacy from 12 yards.

“I like Balotelli: he’s even crazier than me. He can score a winner, then set fire to the hotel.”

– Zlatan gave his seal of approval like only Zlatan can.

“They need money to buy Balzaretti … Milan can’t even buy brioche in the morning, so who are they going to buy?” 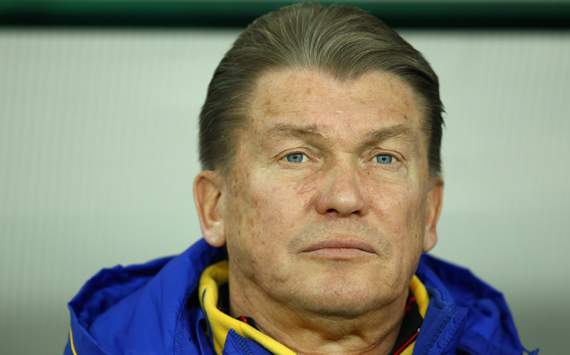 “Let’s go outside and have a man conversation.”

– Fair to say Ukraine coach Oleg Blokhin wasn’t in the mood to answer one particular journalist’s line of questioning following his side’s defeat to England at Euro 2012.

“He could have been killed!”

– Sir Alex Ferguson was less than impressed with Ashley s’ ‘disgraceful’ decision to hammer the ball into the back of Robin van Persie’s head from all of six inches.

“In five years in Indian football, I have never seen the I-League trophy once … If the winners don’t even know what the trophy looks like, what are you doing?”

– Pune FC co-founder Rajeev Piramal is still wondering what exactly they were all playing for.

– Reading’s Jimmy Kebe emphatically reminded all at the club that they still have his confidence.

“Montpellier, champions of France? If I was Marseille, Paris, Lyon, Lille or Rennes, I’d stab myself in the arse with a sausage! What an embarrassment it would be for them.”

– Montpellier owner Louis Nicollin revealed the extent to which his team shocked the country when they beat some of Ligue 1’s heavy-hitters to the 2011-12 title.

“If it were up to me, I’d nail [Juventus’ third gold star] to Moratti’s forehead!”

– Former Juventus director Luciano Moggi has his say on on the club’s ’30th’ Scudetto success.

“If Pele thinks he’s the Beethoven of football then I’m the Ronnie Wood, Keith Richards and Bono of football, because I have so much passion.”

– Diego Maradona continued his war of choice words over who’s the greatest of all time. 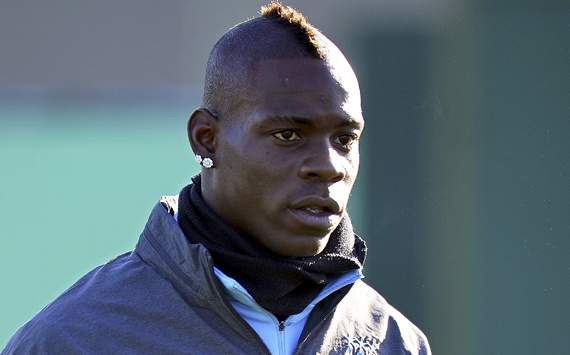 “When I score, I don’t celebrate because it’s my job. When a postman delivers letters, does he celebrate?”

– Walking sound bite Mario responded in typical Balotelli fashion when asked why he doesn’t show as much joy as one might expect upon finding the net in Manchester.

“Feelings are not included in my job description.“

“I am against the anti-footballers who think that reading tons of books or having some general culture is equivalent to being smart. I speak French, Spanish, English and I’ve started learning Chinese. Scapin’s Deceit, Pythagoras’ theorem and Fifty Shades of grey, they’re no use for me.”

– Nicolas Anelka is flying the flag for football’s last intellectuals.

“This week, I saw that Gary is part of a venture to build a new hotel in Manchester. How does that benefit England and Roy Hodgson?”

– Carlos Tevez suggested Gary Neville should concentrate on one job at a time. 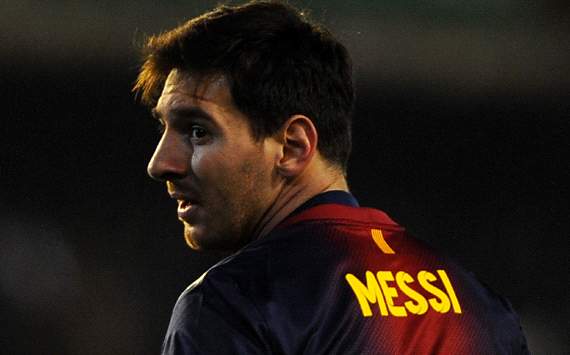 “Messi is the best player in the world and it’s almost as if he was from another planet … It’s very difficult to find another adjective to describe Lionel. You never know if you’re seeing the best of him or if he has reached the top of his level, because he is in a league of his own.”

– Argentina coach Alejandro Sabella struggled for words to describe his captain after a staggering 2012 for the Barcelona forward.

“We’re talking about 88 goals as if it were normal – what he’s done is incredible. Messi has been touched by a magic wand.”

– His international team-mate Javier Mascherano found a few, however.

“Congratulations to Messi. He is just mesmerising. What he is doing is unbelievable.”

– Arsenal’s Arsene Wenger had us all in mind when he wrote our headlines for us with this lovely little line of alliteration.

“A footballer usually has his best years between 25 and 29, so I don’t think I have shown my full potential yet. We can’t all be Lionel Messi, even if we want to.”

– Ajax’s Ryan Babel provided us all a little perspective when looking back on his ill-fated time at Liverpool, though it probably did little to raise his own spirits.

“It would be a sympathy vote if you vote for another player. There’s no chance that Messi won’t win the award.”

– Fair to say South Korea head coach Choi Kang-Hee knows who he’ll be voting for when the Ballon’ d’Or form ballot arrives on his doorstep.

“For him, the ball is like an extra bone in his body, and he runs with the ball as if he didn’t even have it with him … The only way to stop him is to kick him.” 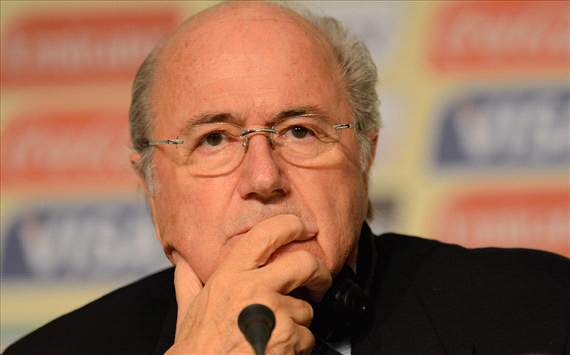 “The IOC? They have no transparency! They manage their money like a housewife.”

– Fifa President Sepp Blatter offers another modern interpretation of the world outside the Fifa House.

“Michel Platini is not friends with Mino Raiola, the French president of Uefa is a Mafia boss. Platini has never done anything important for football. If he had enough courage, he would change Uefa.”

– Agent Mino Raiola bites back in a lexical fashion that would no doubt please his star client, Zlatan.

– Galatasaray coach Fatih Terim offered an interesting analogy when asked about his side’s poor home form prior to their Champions League clash with CFR Cluj.

“There is no excuse for discrimination … Gays cannot be in football teams. The players bathe naked! I love gays, but I’d never employ one. Put one in a team and you’d never win again.”

– Steaua owner Gigi Becali reminded us all that football is for everyone.

“My father was better than Pele … I hope he speaks to me one day.” 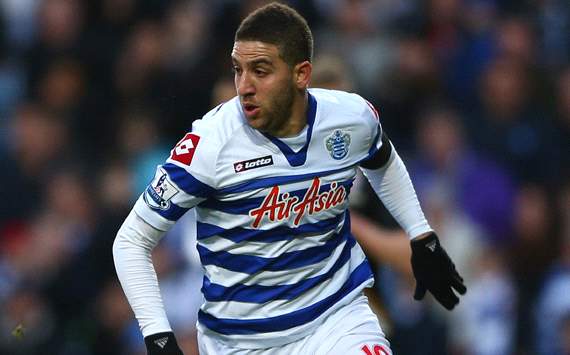 “If I joined Milan then it would open up the doors for me to great clubs like Real Madrid and Barca.”

“There is a pact of non-aggression between Real Madrid and Atletico so I think Falcao is a forbidden fruit.”

– How sweet; Jose Mourinho wishes that one day he’ll have the Colombia goal machine all to himself.

“Arsenal are one of these teams who make you dream.”

– Newcastle’s Demba Ba was fairly non-committal in his response to reported interest from north London.

“It is the dream of every player to wear the shirt of Barcelona.”

– Last we checked, Thiago Silva is now sleeping soundly in that of PSG.

“My dream is to play in Spain.” 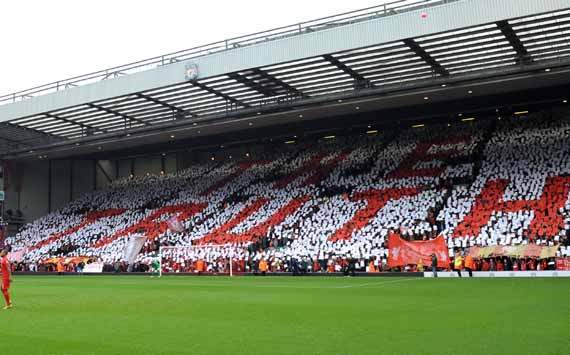 “Victims and survivors suffered not just on April 15, 1989 in Sheffield, but for over two decades afterwards with the shameful slandering of their actions by people who abused their position and power.”

– Liverpool captain Steven Gerrard at the end of a year that has finally seen the major step forward for those who never gave up their pursuit for justice following the Hillsborough Disaster.

– Fabrice Muamba remains as charismatic as ever following his terrifying ordeal at White Hart Lane earlier this year; the world is lucky to have him.

“The goals from today, I dedicate them to my family and I thank you all for the messages of affection I received. The gap [my stepfather] leaves is irreparable.”

– Ronaldinho reminded us all that while there are far more important things in life than football, the game can help us all through our most trying moments.

“Look at me. I won an Asean title at 42-years-old … I want to say a big thank you to Singapore for the opportunity to play for the national team. It has been an honour.”

– Aleksandar Duric, still got it.