Ferran Torres scored twice and Leonardo Bonucci was sent off as Spain earned some semi-final revenge over Italy to reach the Nations League final, with a 2-1 win ending the European champions’ long unbeaten run.

Luis Enrique’s side had lost on penalties to Italy in the Euro 2020 semis at Wembley this summer but produced an excellent first half in Milan to set up victory, with Torres applying two fine finishes and Bonucci helping their cause with bookings for protesting and leading into an aerial challenge with an elbow.

The Azzurri had not tasted defeat in their previous 37 games but Roberto Mancini’s side were in disarray during that opening half, with Gianluigi Donnarumma, booed by the AC Milan fans inside the San Siro following his summer switch to Paris St-Germain, spilling a shot onto his post before Lorenzo Insigne wasted a golden chance to make it 1-1.

Italy sent on determined veteran defender Giorgio Chiellini at half-time and set up a grandstand finish when Lorenzo Pellegrini scored with seven minutes to play but Spain, with 17-year-old Gavi impressing as their youngest debutant and 18-year-old Yeremi Pino catching the eye, looked a formidable force ahead of their Sunday showdown at the same venue with either Belgium or France.

Those two teams meet in the second semi-final on Thursday, live on Sky Sports, with Italy due to play the loser in a third-place play-off in Turin on Sunday. 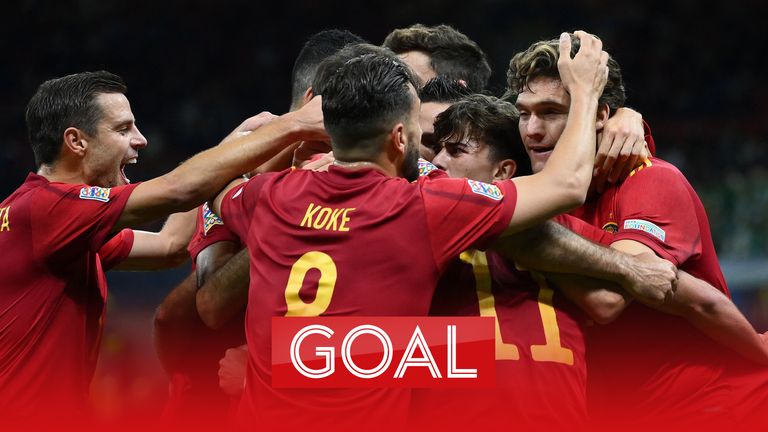 Ferran Torres volleyed in the opener for Spain against Italy in the UEFA Nations League semi-final. 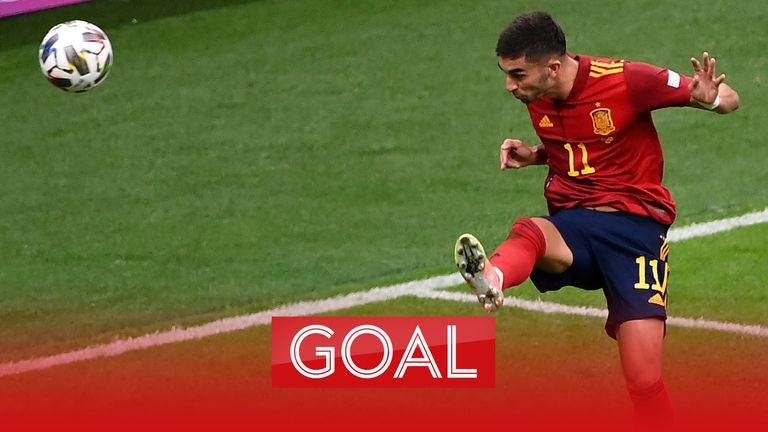 Ferran Torres nodded in Spain’s second against Italy on the stroke of half-time. 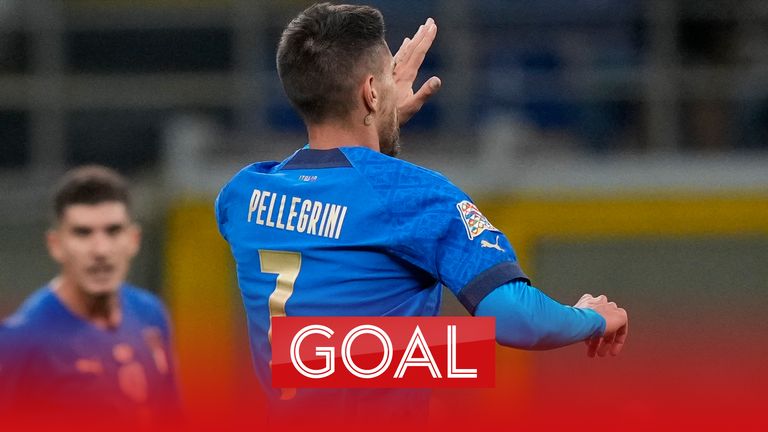 Spain had 70 per cent of the ball when these sides met at Euro 2020 but, despite some early possession for the visitors, it was Italy with the more incisive moves, with Federico Chiesa and stand-in centre-back Alessandro Bastoni hitting the target from range inside six minutes, before Bastoni blocked well from Mikel Oyarzabal at the other end.

Spain clicked into gear on 17 minutes, though, when Torres volleyed in Oyarzabal’s curling cross from the left with the hosts stretched.

It was almost 2-0 moments after Italy had kicked-off again, with Marcos Alonso’s shot too hot to handle for Donnarumma, who was relieved to see the ball hit the post after going through his fingers, before Bonucci beat Koke to the follow-up. 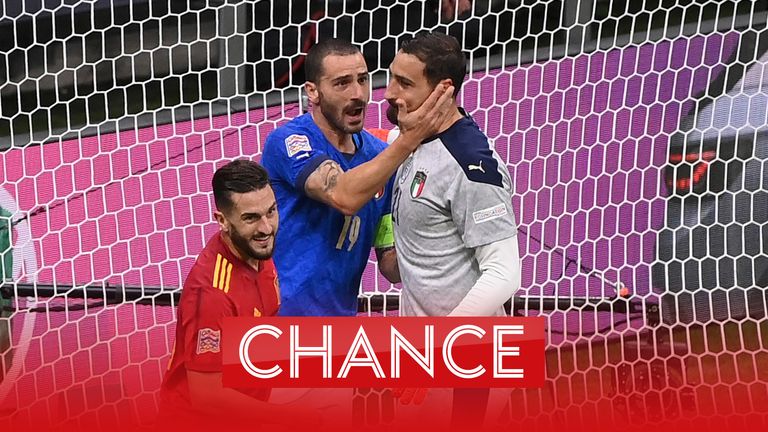 The post saves Donnarumma after a howler collecting a Marcos Alonso shot!

A no-look shot from Federico Bernardeschi almost caught out Unai Simon at his near post as Italy searched for a response – and they should have had one on 36 minutes when Insigne opened up his body and sent Emerson’s cross winging way wide of the far post when he looked certain to score. 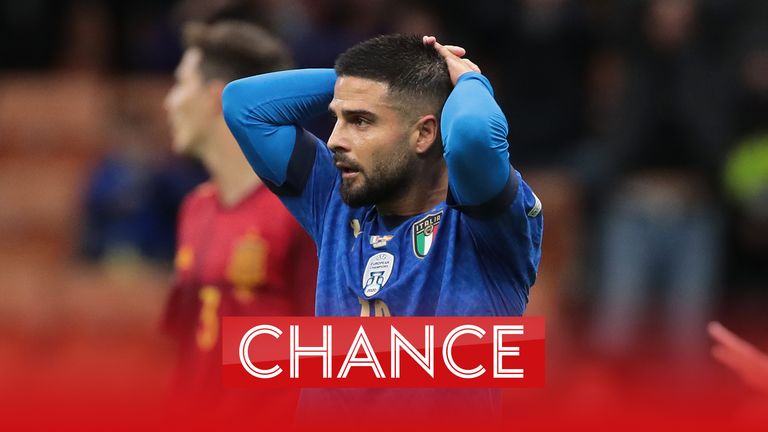 The game was opening up but it swung decisively in Spain’s favour in the final five minutes of the half, when Bonucci, who had been booked earlier for contesting a decision, caught Sergio Busquets as they went up for a header. Torres’ clever nod back across goal to double Spain’s lead in stoppage time compounded Italy’s woes. With Chiellini on at the break, Italy fought valiantly to stay in the game and hit the post themselves through Chiesa on the hour mark, when the offside flag against him may have been challenged by VAR had it gone in.

Spain should have added a third, when debutant Pino teed up Oyarzabal and then Alonso, and then gave Italy a lifeline when Pau Torres made a mess of defending a counter-attack as Chiesa raced away before playing in Pellegrini to set up an edge-of-the-seat final few minutes.

But Spain impressively controlled the ball in those last moments, with their possession stat up to 75 per cent by full-time, surpassing their figure from their Euros semi with Italy. While the importance of this result does not surpass that one, it was nonetheless a satisfying one for Luis Enrique’s team, whose talented group could end the year by lifting a trophy of their own.

What the managers said:

Roberto Mancini, Italy coach: “Football games are like this. Sometimes certain details can decide them. The first half could have ended 1-1 easily. Spain play very well technically, we should have been more careful in not conceding the second before the end of the half.

“It is very difficult to face Spain’s ball possession with eleven players, so you can just imagine with 10. I think the lads did what they had to do, we needed some fresh legs and I made several substitutions which helped us in the second half.”

Luis Enrique, Spain coach: “The game played out beautifully for us but that was a match of two rivals going at it hammer and tongs with their best strengths on show. My team looked dangerous throughout, we pressed well and I’m pretty happy. With only a session-and-a-half of training behind us this wasn’t easy but the players’ attitude was sensational.”

The second Nations League semi-final is Belgium vs France, which you can watch live on Sky Sports Football from 7.30pm on Thursday; kick-off 7.45pm. The third-place play-off (kick-off 2pm) and final (kick-off 7.45pm) are on Sunday.