The 25-year-old has played just four times in Serie A, scoring once, due to an injury, but his agent is working to convince Jurgen Klopp to cut his loan short

Mario Balotelli could be in line for a shock return to Liverpool, according to Gazzetta dello Sport.

The report states the 25-year-old’s agent, Mino Raiola, is trying to convince manager Jurgen Klopp to cut short his loan deal with AC Milan and allow him to return to Anfield in January.

Balotelli has failed to make an impact in Italy after a groin injury picked up against Genoa in September ruled out him for up to three months with surgery, limiting him to just four appearances.

Raiola had previously told reporters he expects his client to return to Anfield at the end of the season, but is now pushing for the Italian striker to return to Liverpool during the transfer window.

The Reds have scored just 22 goals in the league, with injuries to strikers Christian Benteke and Daniel Sturridge limiting their forward options throughout the season. 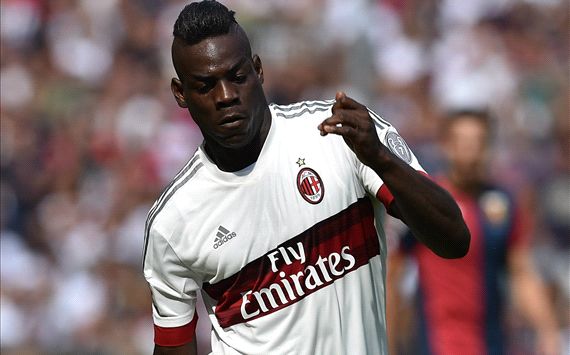