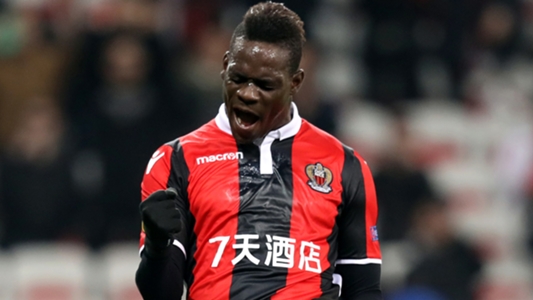 Mario Balotelli could be open to a move to Napoli and the Serie A club only have one better forward, according to his agent Mino Raiola.

Balotelli, 27, is set to become a free agent after scoring 43 goals across two campaigns with Ligue 1 outfit Nice.

The Italy international has been linked with numerous clubs, including Napoli and Roma.

Raiola talked up his relationship with Napoli president Aurelio De Laurentiis and said the only forward the club had who was better than Balotelli was Lorenzo Insigne.

“You have to ask [incoming Napoli coach Carlo] Ancelotti. What I can say is that apart from Insigne, there is no-one as strong as him,” he told reporters on Monday.

“Then it will depend on De Laurentiis. He will decide if he wants to reinforce the team or not.

“We have a special relationship with De Laurentiis. Our vision of things is often different – we have closed a few deals – but this does not mean anything.

“Napoli is back big just thanks to him and if he wants to see me, I’m available.”

Balotelli marked his Italy return with a goal on Monday, leading his team to a 2-1 friendly win over Saudi Arabia.