Mario Balotelli has defended “crack” Neymar for trying to impose himself on set pieces at new club Paris Saint-Germain.

During Sunday’s win over Lyon, the €222 million summer signing and Edinson Cavani argued over set pieces, with both rowing over the penalty that the Uruguay striker subsequently failed to score.

Cavani also tussled with Dani Alves over the ball for a free kick and,  although the full-back said he wanted to take it himself, he gave the ball to Neymar.

Nobody told Cavani that Neymar gets to take PSG penalties now after this, Neymar might get first dibs next time! pic.twitter.com/HbnMDxqci2
— Goal (@goal) September 17, 2017

Cavani insists he has no problem with Neymar , while coach Unai Emery has  told the players to sort penalties out together , but the argument has attracted a lot of attention beyond the team.

And Balotelli has taken to social media to share his view on the debate, although his exact stance wasn’t immediately clear.

Cavani wants to take a PSG free kick, but Dani Alves has the ball and he wants his BFF Neymar to take it pic.twitter.com/JZQzg6Teu4
— Goal UK (@GoalUK) September 17, 2017

The Nice striker took a picture of the front page of French newspaper  L’Equipe  which featured the two stars and had typed over it: “[Neymar], you shouldn’t even ask [to] shoot them.” 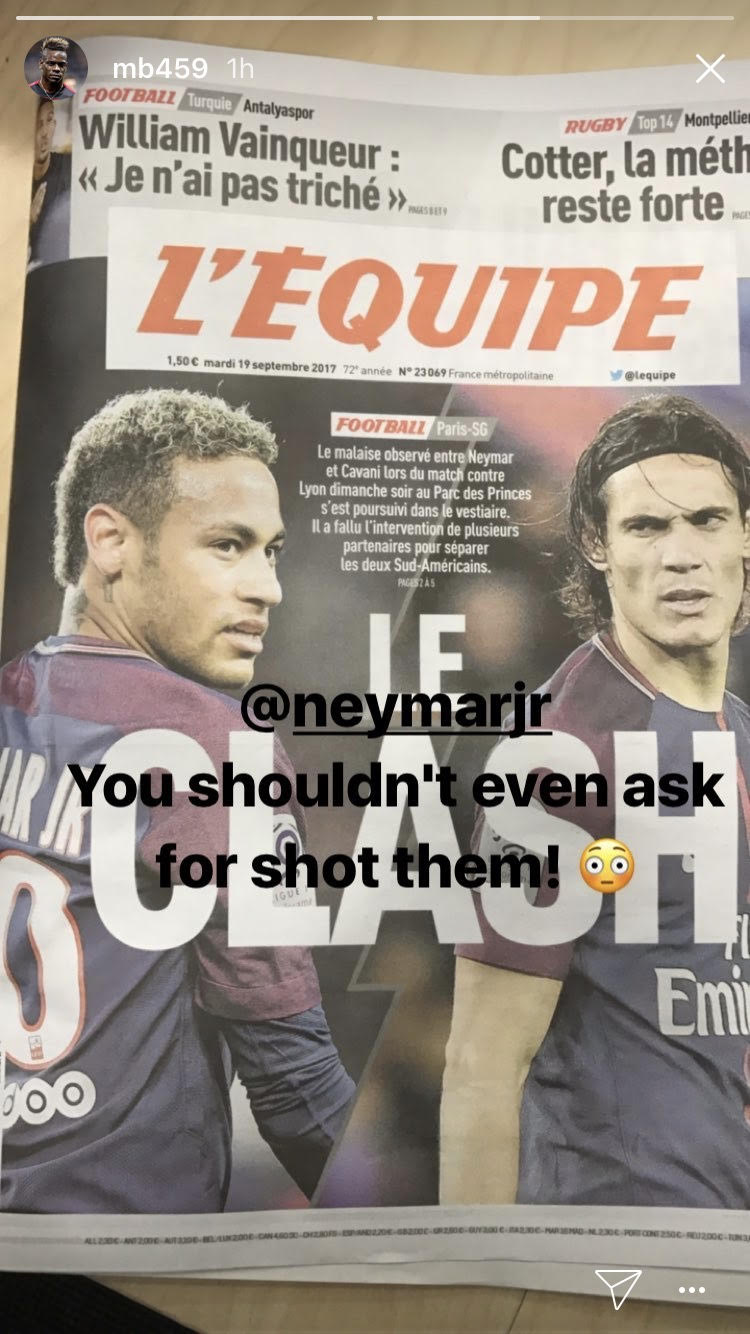 The Italian could have been hitting out at the Brazilian and telling him that he should just let Cavani take free kicks and penalties.

However, a subsequent post on Instagram Stories in which he called him a “crack” – aka, a top player – with a gold medal emoji suggested he thinks Neymar deserves to be the designated set piece taker and shouldn’t have to ask for the privilege.

Away from the drama at Parc des Princes, former Man City and Liverpool striker Balotelli had a great weekend, scoring an emphatic winner in Nice’s 1-0 victory over Rennes.