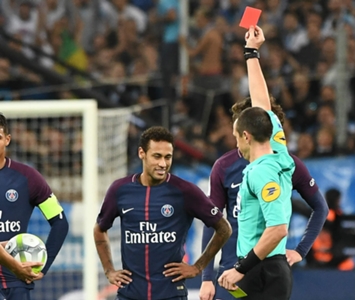 Paris Saint-Germain are no strangers to receiving guests, but this week they enjoyed the company of someone rather special as NBA legend Kobe Bryant paid them a visit.

Several member of the squad are huge basketball fans, but none more so than Neymar, who was delighted that the five-time NBA champion and 2008 MVP took some time to visit the Ligue 1 leaders.

Indeed, the striker, who took in Game 2 of the NBA finals last season, had few words when he posted on social media about the event, simply branding Kobe a “legend”.

Kylian Mbappe offered a similar thought on his Instagram page.

And Kobe showed off that he has lost none of his star qualities by making a shot from way down town during a gala event. It was a moment that left even Neymar, one of the greatest sportsmen today, stunned.

On the field, meanwhile, it has been a mixed week for the Brazilian, who was on target in midweek as PSG defeated Anderlecht 4-0 in the Champions League.

He found the net again at the weekend in the Classique against Marseille but was later sent off in what proved a frustrating night for his side as they somehow salvaged a point to draw 2-2 thanks to a late Edinson Cavani free-kick.

Neymar, however, was impressed by his side’s fighting spirit, having underlined the importance of self-belief in an Instagram post earlier this week. “1% CHANCE… 99% FAITH. You don’t make it anywhere by chance. Always believe,” he said.

1% CHANCE… 99% FAITH You don’t make it anywhere by chance. Always believe. Thanks @beatsbydre My bro @money23green What’s your #1of1?

Dani Alves missed the weekend’s match due to a slight injury issue, but he featured in midweek in Belgium and was caught before the match showing off some pretty silky skills.

He was also keen to show that he was supporting his team-mates, despite having stayed in Paris while they travelled to Marseille, where they were greeted with a red-hot atmosphere at Stade Velodrome.

While PSG’s players have not taken to social media after Sunday’s setback, Alves is one of the figures they will rally around to lift them following the draw.

He is a natural leader and has a laidback approach to life, which he showed off in a photo that saw him posing next to Marquinhos and Neymar earlier this week.

“Don’t you see that life is hard for those who are soft, who hesitate or are distracted? We live in a world of excess but in reality what moves us is happiness, which is simplicity, the ability to live without lies and be true to yourself!” he commented.

Marseille, meanwhile, were keen to celebrate what they saw as a fine point against PSG, one that confirms their recently improved form and suggest they can challenge for a top-three finish in Ligue 1 this season.

Florian Thauvin, a former Newcastle player, is one of those leading the charge. “Proud of my team, our fans and the crazy Velodrome. You carried us,” he told his followers after finding the net on Sunday.

Meanwhile, there was bad news for Mario Balotelli’s Nice side as they were stunned 2-1 by Strasbourg at the weekend, though the striker, who missed the match, did have a better moment last Tuesday, when he showed off his new-born son, Lion, on Instagram for the first time.

Balotelli will be back next Friday to meet Neymar et al at the Parc des Princes, which should prove a cracking game.