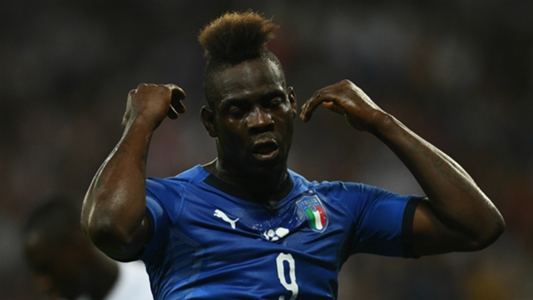 Balotelli, 27, is believed to be intent on leaving Nice after two seasons with the Ligue 1 side, having skipped training at the start of Patrick Vieira’s tenure as coach.

Negotiations over a potential move to Marseille have reportedly hit a standstill, keeping open the possibility of a return to Italy.

The striker’s agent, Mino Raiola, has previously floated Napoli as a possible destination, arguing the Partenopei only had one better striker in Lorenzo Insigne.

De Laurentiis, though, claims he has long been against the idea of signing the former Liverpool and Manchester City player and is making no exceptions this transfer window.

“[Dries] Mertens will not leave, [Angel] Di Maria will not come and as for Balotelli I’ve been saying no for years. It’s very false that he will come to Napoli,” De Laurentiis said when quizzed by Radio Kiss Kiss.

@MrAncelotti: “There’s a calm atmosphere at the club and everyone is really motivated. I’m happy to work with @ADeLaurentiis. He knows his stuff. We talk about all sorts, including cinema”

The club’s Serie A campaign commences away to Lazio.