Love him or loathe him, the Italian is adept at selling himself and his players, as evidenced by the fact that he has just masterminded the biggest transfer in football history

Mino Raiola’s accountancy firm is called Maguire Tax & Legal, its name inspired by an Oscar-winning movie starring Tom Cruise. Many people within the game would no doubt be offended by the insinuation that Raiola is in any way similar to ‘Jerry Maguire’, the fictional sports agent who comes to champion love (or “kwan”) over greed. Napoli president Aurelio De Laurentiis has called his fellow Italian “a pain in the backside”, while Alex Ferguson admitted: “I distrusted him from the moment I met him.”

Welcome to the divisive – yet lucrative – world of Mino Raiola, ‘super-agent’.

The 45-year-old was born in Agri, Italy, but his parents emigrated to Netherlands when he was still an infant, settling in Haarlem. It was in this Dutch municipality that Raiola was raised before taking the first steps to becoming one of the most influential men in football.

Raiola was a moderately talented player in his youth and he played for his local club before quitting the game at just 18. However, while he started studying law, he had not lost his passion for football, electing to take charge of the Haarlem youth team.

Even at such a tender age, Raiola was a straight-talker with a distinct lack of respect for any figure of authority other than his restaurateur father.

“The president of Haarlem came to eat with us every Friday,” he explained in an interview with Il Secolo XIX in 2011. “I was always telling him that he knew nothing about football. One day he takes me aside and says: ‘Listen, you try it.’ He appointed me sporting director.” 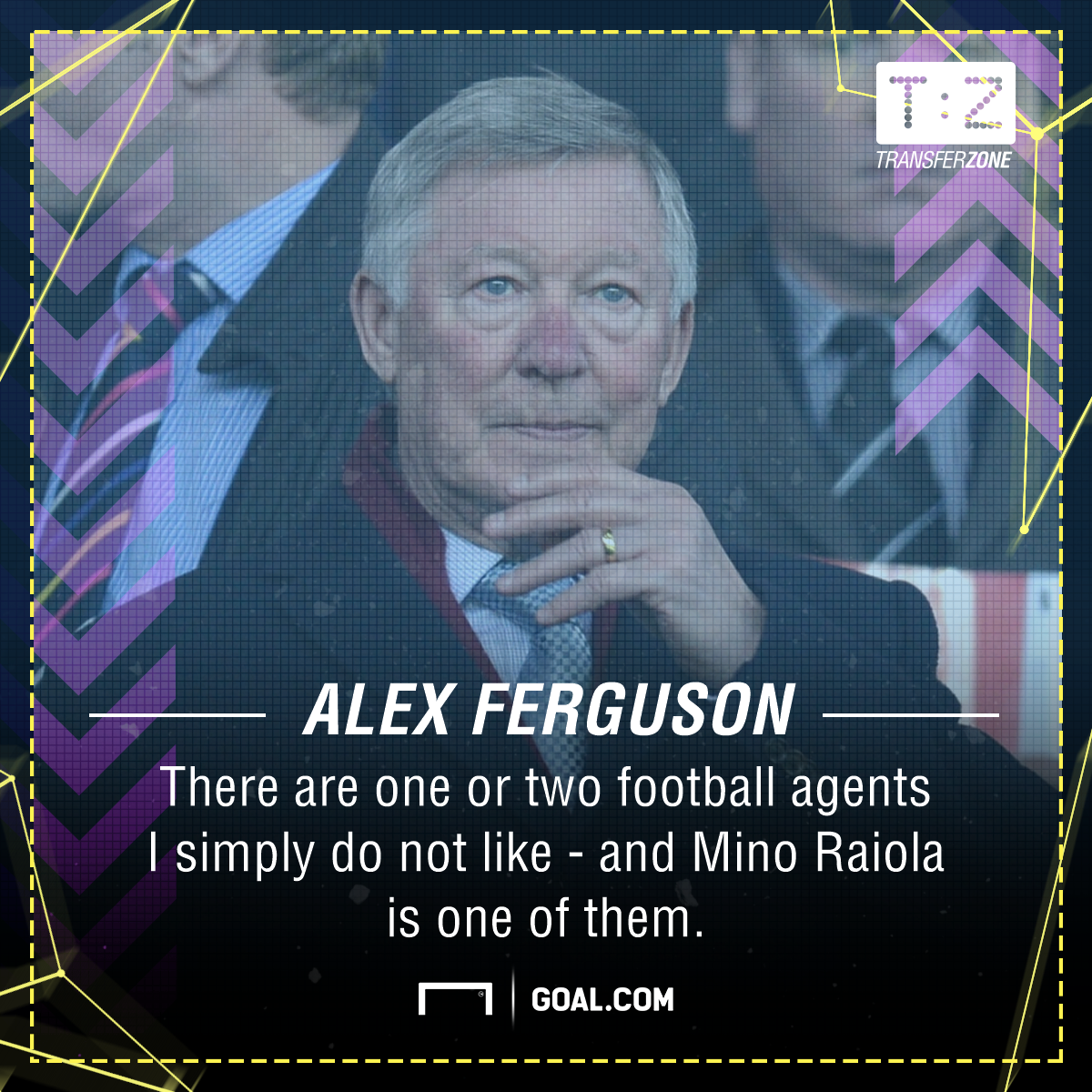 Raiola, though, became frustrated by his inability to make what he reckoned were the requisite changes due to a lack of funds. However, with Dutch players very much in vogue in the mid-1980s, he saw that there was money to be made in selling his adopted nation’s top footballing talent to Italy, which was then the centre of the footballing universe.

Raiola, having honed his skills as a mediator while working as a broker for Dutch businessmen with commercial interests in Italy, negotiated a deal with the player’s union in Netherlands that enabled him to represent all of the country’s footballers.

His goal at this point was to establish a special working relationship with Napoli, “the club of my heart”. However, the deal collapsed. “I called [then Partenopei president Corrado] Ferlaino. We started the collaboration. I offered him [Dennis] Bergkamp for 700 million lire (€3.6m). He hesitated. Two years later (1993), he offered 1.4 billion lire (€7.2m), but I gave the player to Inter.”

With the Bergkamp deal, which also saw Wim Jonk join the Nerazzurri from Ajax, Raiola had established himself as a major player in Serie A, coming as it did a year after Bryan Roy’s successful switch from Amsterdam to Foggia.

What was clear at this juncture was that Raiola was adept at making his clients happy. However, clubs were becoming increasingly concerned by his methods.

Indeed, Ajax, who had profited substantially from Raiola-arranged deals during the early ’90s, were less enamoured with the way in which star forward Zlatan Ibrahimovic left for Juventus in 2004. Their ill-feeling only intensified two years later when the fallout from Calciopoli led to the release of the following recorded telephone exchanges between then Bianconeri managing director Luciano Moggi and Raiola.

Moggi: “You and Ibra continue to make trouble. Don’t send him to training …”

Raiola: “Tomorrow, I’ll keep the player at home all day; he won’t show up for training. I then have an appointment with the directors of Ajax at noon, but I’ll come at two…”

Raiola’s influence on players was also queried by Manchester United boss Ferguson during his club’s ultimately futile attempts to persuade former midfielder Paul Pogba to remain at Old Trafford in 2012. “He [Pogba] has got an agent who’s obviously become a bit difficult,” the Scot stated at the time. He would subsequently blame Pogba’s free transfer to Juventus on his “fiasco” of a first meeting with Raiola.

“There are one or two football agents I simply do not like – and Mino Raiola is one of them,” he wrote in his book ‘Leading’.

“He and I were like oil and water. From [the first meeting] on, our goose was cooked because Raiola had been able to ingratiate himself with Paul and his family and the player signed with Juventus.”

Raiola, unsurprisingly, has a very different view on Pogba’s exit from Old Trafford and insists that he only ever does right by his clients, arguing that he does not engineer transfers, but merely facilitates them.

“Those words don’t describe my work in a negative way,” he told Tuttosport last September. “I rate them as a proof that I am good at my job.

“I have to do what’s best for my players’ sake. If I had looked only at my immediate gain, I would have kept Pogba in Manchester.

“But I put Pogba’s interests first and we decided to go to Turin. Maybe Ferguson only likes those who obey him.” 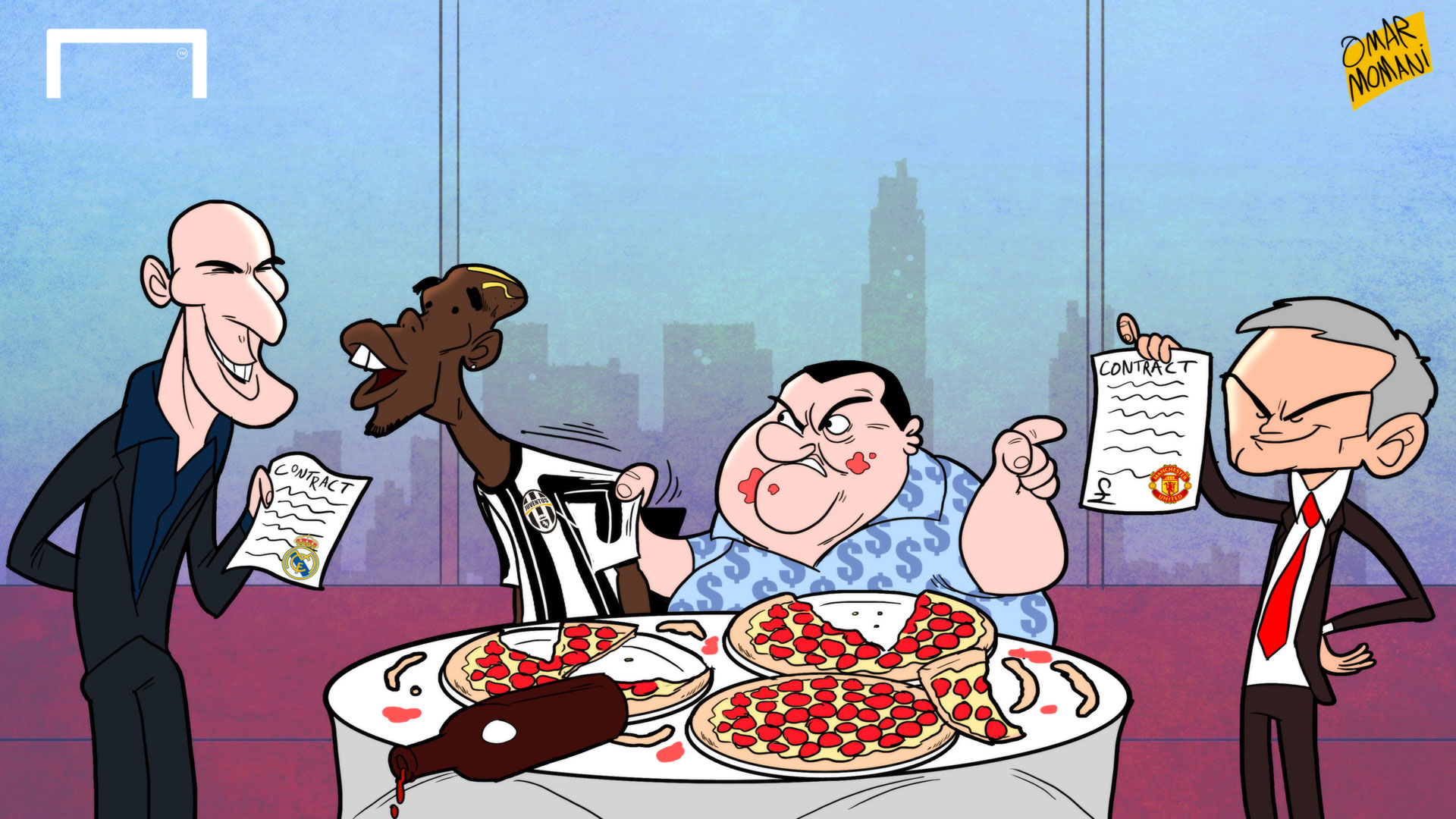 Raiola and Pogba are now back in the spotlight once more, with the former having masterminded the latter’s seemingly imminent return to Old Trafford for a world-record fee of €110m. It seems a strange switch from a footballing perspective – but not from a financial point of view. The figures involved are colossal and it was telling that the negotiations were held up by the fact that Raiola was entitled to 20 per cent of the transfer fee.

Of course, given that two of his other clients have also just moved to Manchester, Ibrahimovic and Henrikh Mkhitaryan, many will argue that the Pogba deal is very much a case of an agent acting in his own interests.

Whatever the truth, this is a man with an undeniable way with words who knows how to sell himself, and his players. He has memorably compared Pogba with a Salvador Dali painting and claimed that Ibrahimovic’s move to Paris Saint-Germain has provided visitors to the French capital with something to see other than the Mona Lisa. However, while he speaks eight languages (Italian, Dutch, French, English, German, Spanish, Portuguese and “of course Neapolitan”), he rather humbly puts his impressive linguistic capabilities down to “preparation, not intelligence”.

However, he is also incredibly canny. He has cultivated a mutually beneficial relationship with several clubs and managers, and he has also proven himself wonderfully adept at massaging the ego of his players. He told a teenage Balotelli that he would make him a three-time Ballon d’Or winner, yet claimed that the same award will be rendered meaningless if it is never given to Ibrahimovic.

Such contradictions lie at the very heart of the role of agents in the modern game. Yes, the world of football would be a better place if there were no agents, but it is a pipe dream, as football is no longer a sport, but big business. “We live in a cynical world,” as Dicky Fox says in ‘Jerry Maguire’. “And we work in a business of tough competitors.”

Consequently, there will always be a need for people like Raiola. Love him or loathe him, one cannot deny that he is very good at what he does. The man himself says he resolves problems. His detractors say that he creates them. Perhaps the truth is somewhere in between – and perhaps utterly irrelevant, because the bottom line is that Mino Raiola makes money. Both for his clients – and himself.