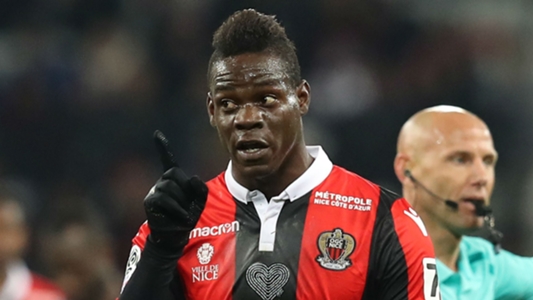 Marseille president Jacques-Henri Eyraud does not expect a deal to sign Mario Balotelli from Nice to be revived and would not confirm if the demands of agent Mino Raiola had scuppered the deal.

The two Ligue 1 clubs had been in negotiations over a transfer for the Italy international striker, only for Nice to announce this week the 28-year-old will be staying at Allianz Riviera in 2018-19.

And OM chief Eyraud acknowledged in an interview with L’Equipe there is now little prospect of the striker moving to Stade Velodrome.

“I have the feeling, following Nice’s announcement, that I can conclude Mario Balotelli will be in Nice next season,” he said.

When it was put to Eyraud that some collapsed transfers can be unexpectedly revived, he replied: “Oh? No, we have moved on.

“In a deal like this one, every party around the table must make sacrifices. Achieving a balanced deal is the most important thing in business. The interests of all were not fully aligned.

“As talented as the player is, it is an opportunity that does not deserve to call into question the economic fundamentals of our project and our ethical line of conduct in business.”

Asked if Raiola’s fee had proved an insurmountable obstacle, Eyraud said: “I will not speak on it.”