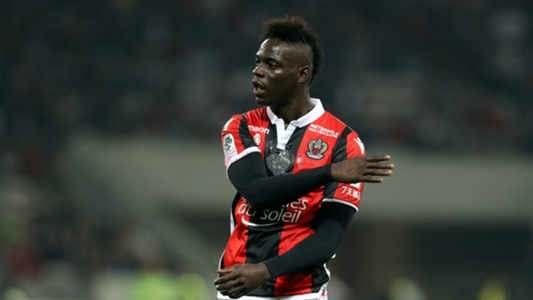 Balotelli is set to seek a return to the Serie A after two strong seasons in Ligue 1, with his contract expiring at the end of the campaign.

Roma coach Eusebio Di Francesco suggested he would be interested in having Balotelli , and Balotelli’s agent has invited Napoli to move for the Italian .

Balotelli himself pointed to Juventus and Napoli as teams he would like to join, but Juve distanced themselves from the 27-year-old.

While Marotta praised Balotelli, he said the former AC Milan and Inter forward was not a player Juve were looking at.

“Balotelli? It’s great to watch him play, he’s a great player, but we aren’t following him at this moment,” he told Mediaset Premium .

“I repeat, he’s an important player and he could be useful to the national team in the near future.”

Balotelli has scored 39 goals in 58 games in all competitions for Nice.