After a turgid spell at Liverpool, the Italy international striker was back on form as he scored twice on debut to give his new side three points

For such a colourful character, it is not often that Mario Balotelli is seen smiling on the football field. When he tucked away a seventh-minute penalty on his Nice debut on Sunday to give them the early edge over Marseille, there was just a hint of pleasure in his face.

To say he was much criticised at Liverpool would be something of an understatement and in an interview with Canal+ he branded the decision to move to Anfield “the worst decision” of his life.

Already a bold call to take a step backwards in his career to switch to Europa League hopefuls Nice appears a much shrewder one, with the Italian quickly finding his way into the hearts of the home supporters by grabbing an equaliser as he deftly headed home a delicious Ricardo Pereira cross in a turbo-charged encounter.

Wylan Cyprien rather ruined the narrative of the evening by plundering the winner for the hosts with a fierce shot from range that should have been stopped by Yohann Pele, yet the evening was to prove the Italian’s.

After their early setback Marseille hit back to lead 2-1, with fellow Premier League outcasts Florian Thauvin and Bafetimbi Gomis on target for the visitors, but the Italian had the last laugh. 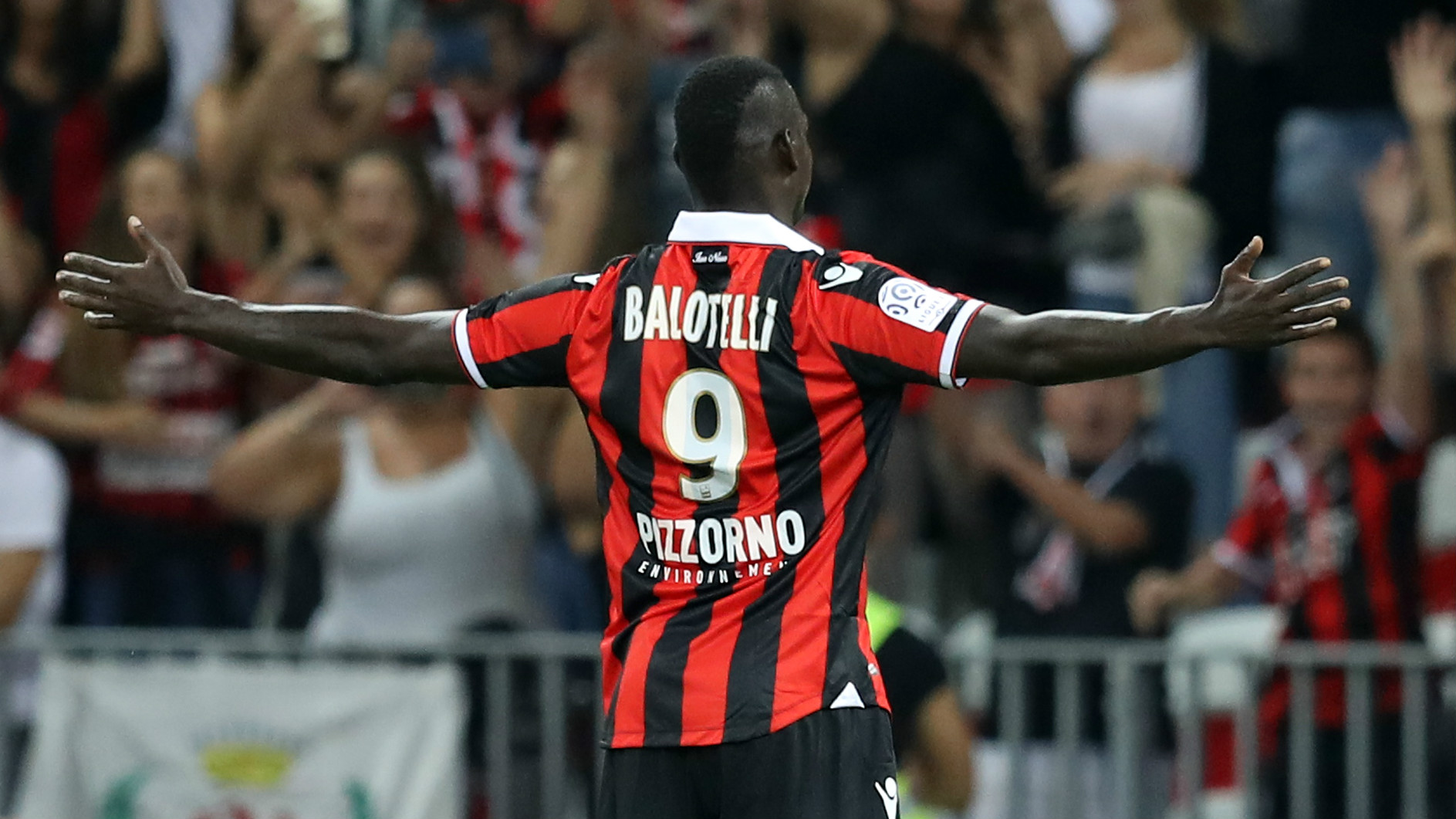 Inevitably, before kick-off Balotelli, back playing in red and black stripes akin to those of his beloved Milan, was the attraction upon whom the spotlights fell. It was not a flawless debut, but he showed promise enough that to suggest his ailing career can yet be resurrected.

The 26-year-old is a figure who has so often served to frustrate during his career yet on Sunday it was the Palermo-born player who was left irritated at times by his team-mates’ inability to pick the right pass at the right time or make the run he wanted.

On an individual basis, though, Balotelli could not be significantly faulted, even if his fitness level saw him fade after his second. Stationed primarily on the left of the attack before moving more central in the latter stages, he showed a willingness to cut in from the flank and shoot at goal, and even if his performance could not be branded particularly industrious, he was at least highly effective.

None of the player’s swagger has been dented by his experience at Anfield. “I still think about Ballon d’Or. It is not yet too late. By working well and training seriously, I could win it in two, three years,” he told Canal+.

Balotelli is going to need more than just a couple of goals against Marseille to achieve this aim, but at least he finally appears to be moving in the right direction once again.