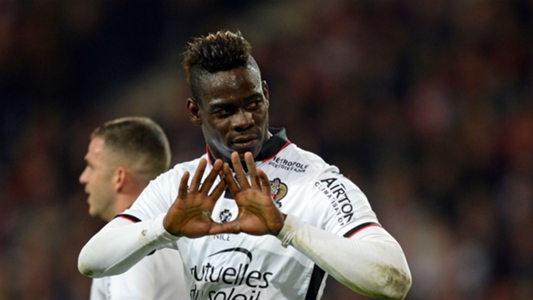 Mario Balotelli may have been forced to sit out Nice’s Champions League qualifier with Ajax, but the Italian striker joined fans in a bar to take in the action.

A tense evening in Amsterdam saw last season’s surprise package in Ligue 1 book their place in the play-off round on away goals.

dabblebet: Get the latest UCL odds

A 2-2 draw on Dutch soil, following a 1-1 stalemate in France, saw Nice through.

Balotelli made the trip to Holland despite nursing an injury, but rather than make his way to the stadium, the enigmatic Italian opted to mingle with jubilant supporters in the city centre.

Balotelli’s presence was well received by the Nice supporters, who chanted “Super Mario” at him throughout.

The 26-year-old clearly enjoyed the attention, and the action on the field, as he can be seen beaming in the video above.

He saw Vincent Marcel grab a 79th-minute equaliser for Nice to edge them a step closer to the Champions League group stage.

Balotelli will be hoping to play a leading role in their play-off tie, especially as Nice could be paired with his employers at Liverpool in Friday’s draw – with Sevilla, Napoli, CSKA Moscow and Sporting Lisbon other possible opponents.