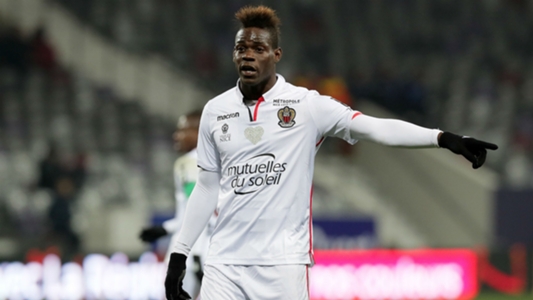 Florian Thauvin is excited by the prospect of playing with “one of the best in the world” in Mario Balotelli and urged the Italian to join him at Marseille.

After a difficult couple of years at Liverpool and AC Milan, Balotelli surprised many by joining Ligue 1 side Nice ahead of the 2016-17 season.

In France, Balotelli has gone some way to rediscovering his best form, scoring 33 times across two Ligue 1 seasons and he looks set to move on once again, with his contract about to expire.

Although Balotelli is expected to return to Serie A, Marseille coach Rudi Garcia expressed his admiration for the striker at the end of May and Thauvin has echoed his manager’s words.

“I spoke for a few seconds with Mario Balotelli during half time against Italy,” Thauvin told reporters.

“Of course, it would be a pleasure if Mario Balotelli joins us at Marseille. He is a really great striker.

“For me, he is one of the best in the world when he is at his best. Of course, it would be a pleasure to have him with us at Marseille and we are waiting for him.”