When Mario Balotelli was replaced after 75 minutes of Nice’s bland scoreless draw against Guingamp, he gave an insight into his current frame of mind.

The Italian striker trudged off disgruntled, exchanged a couple of apparently pointed words with head coach Patrick Vieira, pointed a finger at the former Arsenal midfielder and threw his gloves off in disgust.

Balotelli is not one to hide his emotions, and at that moment the frustration of what has been a wretched season overflowed. Though he has endured – and sometimes even enjoyed – a tumultuous career, he has rarely been through a period as fallow as he is currently experiencing.

The 28-year-old remains searching for his first goal of the season, approaching the middle of December and with over 12 hours of competitive football under his belt.

Somewhat unsurprisingly, his club feel they are not receiving value for money and announced on Thursday that at the end of the season their three-year relationship will rupture. There will be no fight to keep him.

Back in May, things could not have looked any more different. He was coming off the back of a 26-goal season at the Allianz Riviera and had been rewarded by Italy boss Roberto Mancini with a first call to the national team since the 2014 World Cup.

WHY ALWAYS ME? HOW BALOTELLI’S LATEST TROUBLES BEGAN

Much of the trouble has been of his own making and dates back to the summer, when he was embroiled in a bitter contract dispute with the Ligue 1 club.

Agent Mino Raiola was busy touting his client as one of the bargains of the transfer window, advertising him as a player worth €100m and claiming he was out of contract and that a raft of top clubs from all over Europe were chasing him.

Concrete interest, however, barely emerged. Marseille did have a sniff but ultimately felt the Italian was going to prove too expensive because of the fee his representative was demanding.

In conjunction with this problem, a strike that saw him miss Nice’s pre-season left him badly out of shape and he is still playing catch up. Additionally, it left his reputation in a tattered state with new boss Vieira, who had replaced Lucien Favre in the summer.

While Balotelli seemed to have something of a love-hate relationship with the now Dortmund boss, it seemed to work.

“Mario needs support, needs us to speak to him,” Favre said in October 2017 when discussing the best way to manage the prickly Italian. 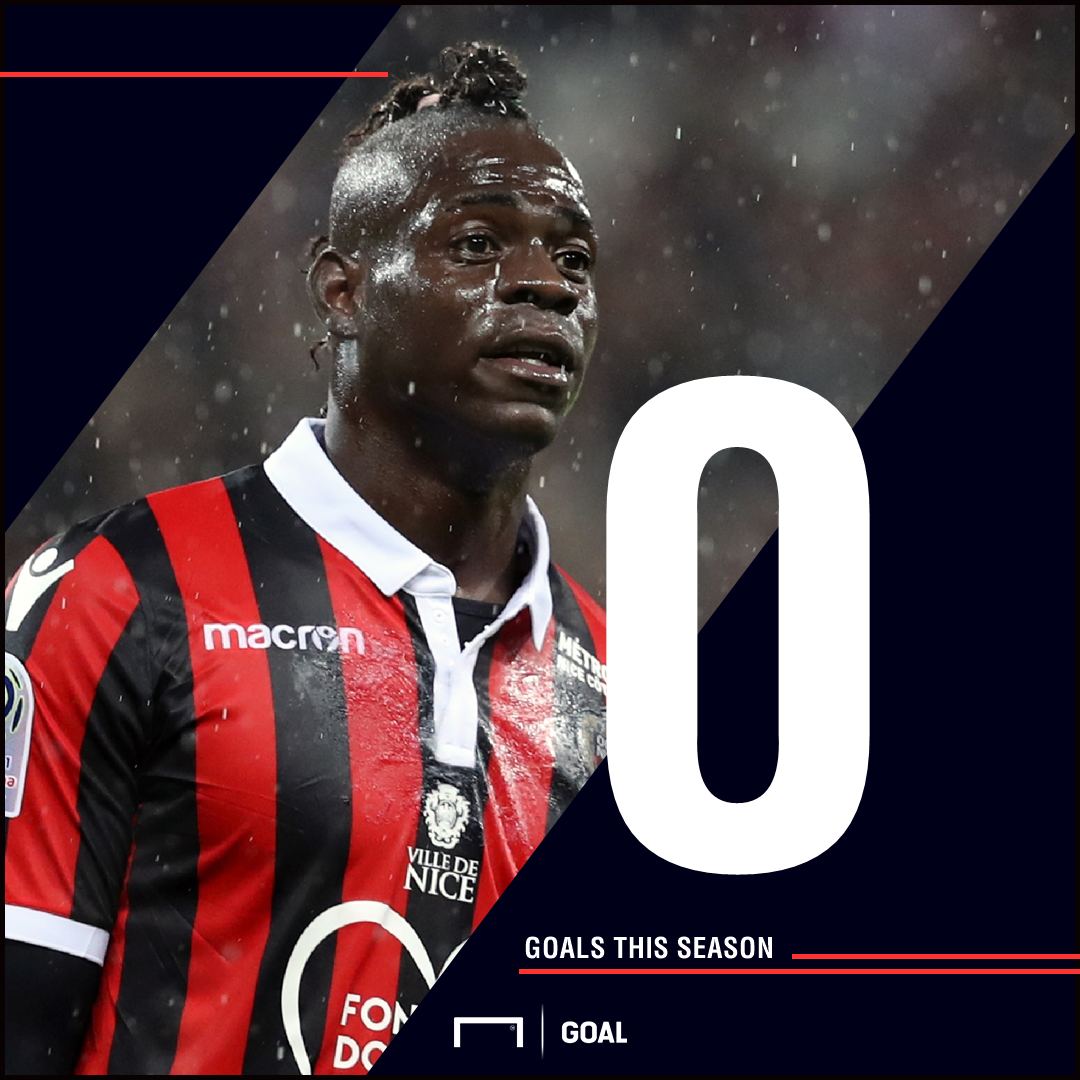 Vieira, perhaps lacking the experience of the Swiss in man management or perhaps because he genuinely did not believe he would have to handle such a character, has been a little less coherent on the status of his former Manchester City team-mate.

Speaking after Balotelli failed to report for pre-season training, he certainly seemed to indicate the striker had no future at the club.

“It’s a shame because he spent two beautiful years here, he built a very good relationship with the club and the supporters. It’s a shame that it ends like this. That he wants to leave is not a problem, it’s part of football today. But to ruin two seasons like that, it’s a shame,” he said.

His stance has since softened, despite suggesting that the forward has not matured since he was 16 and also indiscreetly describing the Italian’s performances as “less than average”.

“I’m OK with the players when they’re not happy to come off, but it’s important to understand that it’s my role to make choices,” he said in the aftermath of the Guingamp spat. “I’m not the personal trainer of Mario Balotelli, of Allan Saint-Maximin, of Dante or of Wylan Cyprien, I’m the coach of Nice.”

WHY BALOTELLI IS NOT SOLELY TO BLAME

If Balotelli’s goal scoring output has been disappointing, his attitude on the field has largely been positive, with his defensive work-rate notably improved. Goals, however, have not followed.

He has had 34 efforts in Ligue 1 this season, with only seven finding the target. None have yet to beat a goalkeeper.

In contrast, he had 109 shots in the 2017-18 season, hitting the target 52 times and netting, on average, around once every six. If he enjoyed a similar ratio this term, he would be sitting on five or six goals.

But while his production has gone down, so too has that of other key offensive players like Saint-Maximin and Pierre Lees-Melou. 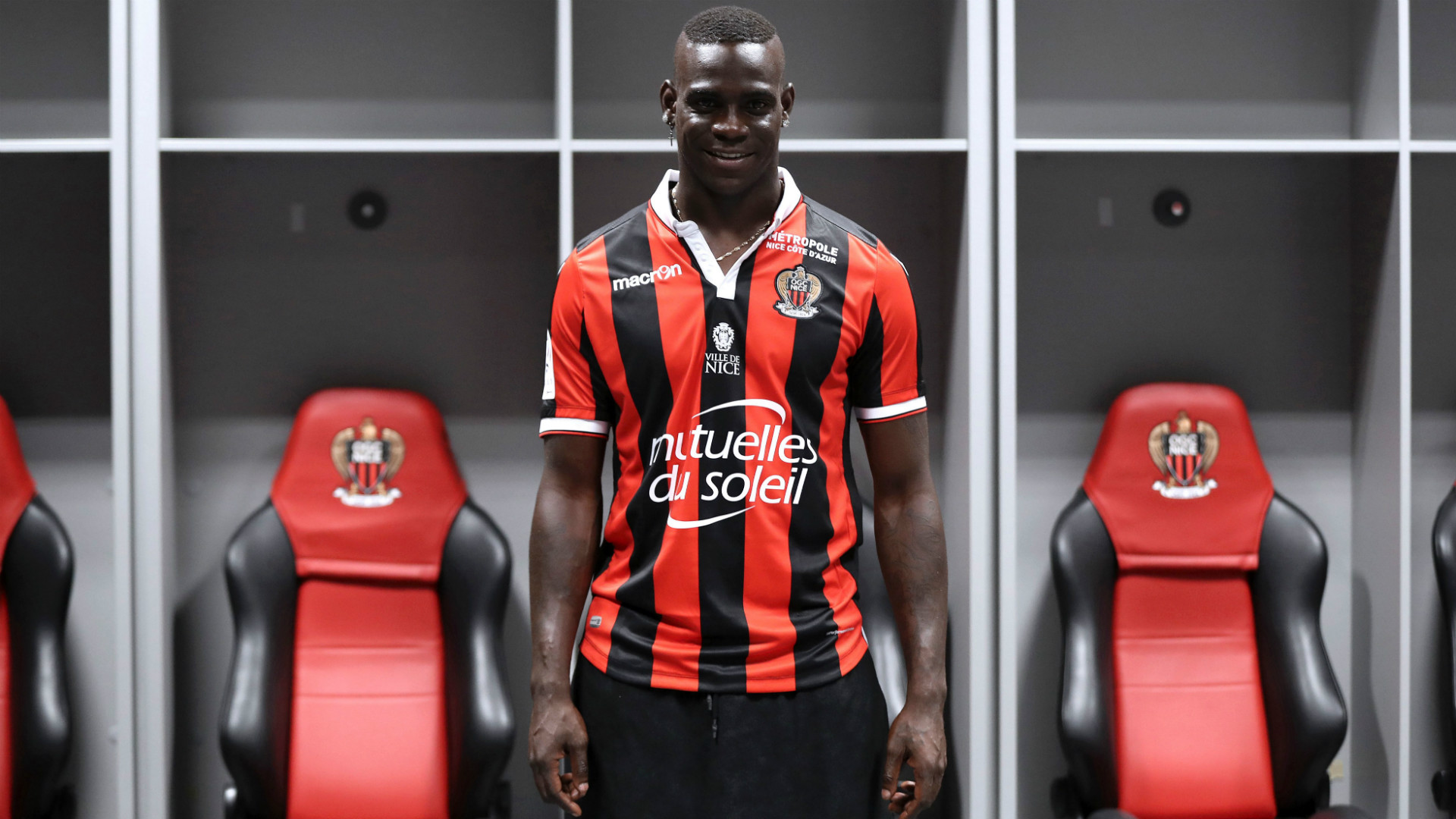 Jean-Michael Seri’s departure to Fulham in the summer might certainly have played a role, but there is little doubt that Vieira does not have his team functioning in a smooth manner offensively.

The coach admits that there are issues that stretch beyond the centre forward.

“We have a collective problem,” he admitted. “We want the ball too much to our feet and we don’t attack space enough.

“Mario is in need of confidence. It shows in his shooting. Everyone needs to be behind him: the club, the staff, the players and the fans. He’s important for us.”

Vieira would reportedly be content for Balotelli to leave the club this January, with Club Brugge forward Wesley the man earmarked to replace him at the Allianz Riviera.

But that is only part of the story. Who would currently take a risk on Balotelli, who is out of form and commands a giant wage packet?

The Philadelphia Union sporting director Ernst Tanner has told the Philadelphia Inquirer that a move would not “make sense” after his side were linked with the forward, who has in turn said he would not return to AC Milan.

Perhaps likelier is a rekindling of interest from the Chinese Super League, where he was offered a giant pay packet in the summer.

For the moment, though, Mario is set to stay in Nice, where he will have to find his form quickly if he is to earn the type of move he wants at the end of the season.