Despite Spain’s successful implementation of playing with a false nine at Euro 2012 this summer, all football fans love having a goalscoring striker in their side’s ranks.

The new campaign in England is fast approaching and yet again we are going to be treated to some impressive talent, particularly in front of goal.

The race for this year’s golden boot is to be a tough one to call and is arguably as open as it has ever been, with both Manchester clubs, Chelsea, Arsenal, Liverpool, Tottenham and even Newcastle having claim to a striker with the credentials to outscore the rest.

With the opening day now just over a week away, Goal.com profiles and ranks the top 10 candidates to score the most goals in the new Premier League season. Do you agree with our choices? 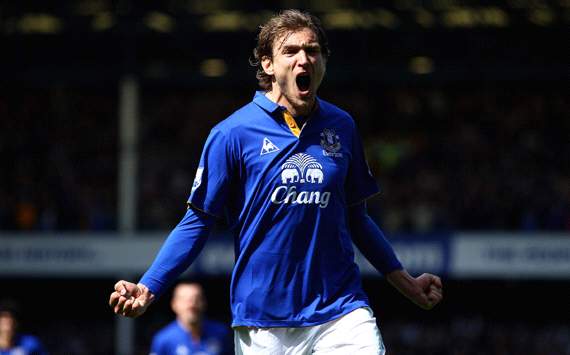 Eyebrows were raised when Everton bought Nikica Jelavic from Rangers in January as they sought the goalscorer they have been missing for a number of years.

Having been a heavy scorer in the SPL, doubters suggested he would not be able to reproduce those exploits in the tougher surroundings of the Premier League in England.

However, nine goals in just 13 league games represented a tremendous start to Jelavic’s Everton career, with two goals in the 4-4 draw with Manchester United a particular highlight.

The challenge for the 26-year-old is to now replicate those goal returns over a full Premier League season. He will be first choice at Goodison Park and if he hits form early on, he could be a good outside bet to challenge the league’s stars for the golden boot. 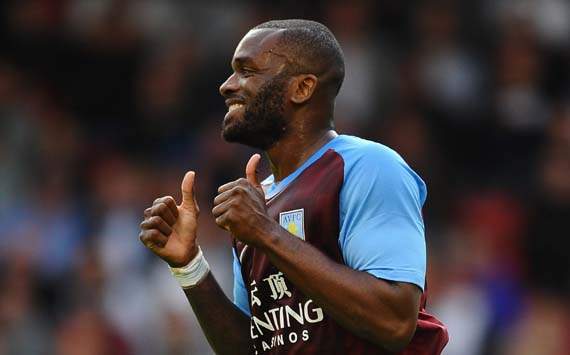 Darren Bent is coming off another international summer of frustration, having missed another major tournament for England after picking up an injury which ruled him out of the closing stages of Aston Villa’s poor 2011-12 campaign.

With Paul Lambert now in charge at Villa Park, optimism is high again and Bent has had a full pre-season of action to get back in shape ahead of the new season.

The 28-year-old has been a proven goalscorer wherever he has been in the Premier League and once hit 24 goals in a league season for Sunderland.

He will get every opportunity to lead the line for Villa, for whom he has scored 18 times in 38 top-flight games to date and will be expected to enjoy a productive campaign. 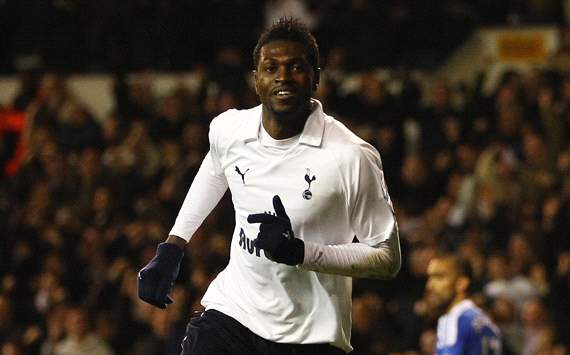 Emmanuel Adebayor’s chances of topping the goalscoring charts next season rest heavily on whether or not his move to Tottenham goes through this summer.

As yet the deal has not been finalised, but the chances are the Togolese hitman will be at White Hart Lane before the end of the transfer window – it is in the interests of all the parties negotiating the deal.

If he is indeed leading the line for Tottenham and not sitting in the stands for Manchester City, Adebayor will be one of the leading contenders for the golden boot.

He scored 17 times in the league for Spurs last season during an impressive loan spell, and given their current shortage of strikers, would be looked upon as their main source of goals again if the move goes through. 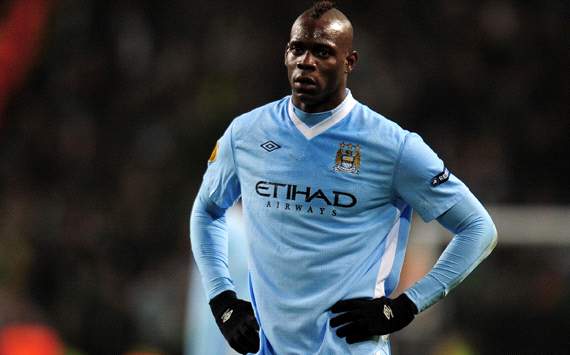 For all the off-pitch antics of Mario Balotelli, his emerging footballing talent is often overlooked. Still just 21, the Italian’s temperament is questionable but his quality cannot be criticised.

Suspensions and non-selection for spells of last season limited him to just 14 starts and nine substitute appearances in the league, but in those appearances he scored 13 times, many of them vital contributions.

His displays leading the line for Italy at Euro 2012, particularly in the semi-final against Germany, have prompted many to believe he is set for a big season at Manchester City.

If he can stay out of trouble, and get enough regular first-team action despite the presence of Aguero, Tevez and possibly Van Persie, there is no reason why he will not threaten the top of the scoring charts. But with Balotelli, you have to suspect things will not run smoothly throughout the full year. 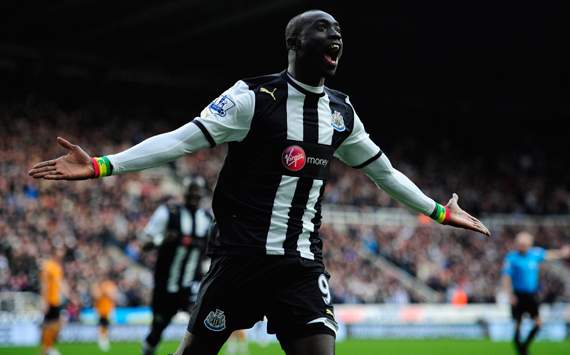 One of the signings of last season, Papiss Cisse burst on to the scene, scoring 13 Premier League goals even though he was only brought in during January.

Newcastle fans cannot wait to see what their new striker can produce over a full campaign and with his physical presence and ability to score spectacular goals, top-flight defenders will not be looking forward to coming up against the Senegalese star.

Playing alongside Demba Ba or possibly Andy Carroll, Newcastle will be hoping to represent a real attacking threat and if he can stay fit throughout the campaign, Cisse should be a consistent goalscorer to boost his cult status in the north-east. 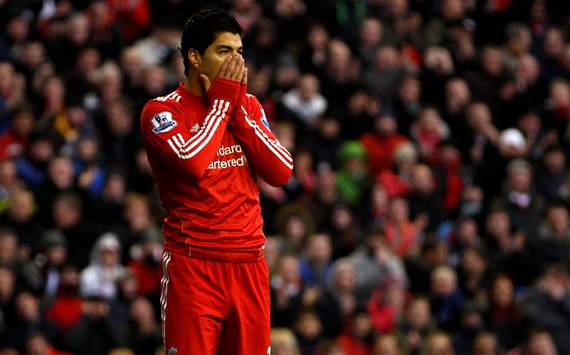 It has been a tough 12 months for Luis Suarez at Liverpool. A season that started with frustration in front of goal in a tough spell where he continued to hit the woodwork and received diving allegations turned sour with an eight-match ban after being found guilty of racially abusing Patrice Evra.

Towards the end of the campaign he finally showed his quality with some impressive performances on the pitch but the aforementioned problems limited him to just 11 Premier League goals.

Now, after speculation over his future, he has signed a new long-term contract with the Reds and will finally want to be in the headlines for all the right reasons.

Despite the signing of Fabio Borini, Suarez will remain Liverpool’s main man in attack and if he can put in a full, consistent, season, we know the Uruguayan has the finishing prowess to score a large number of goals. 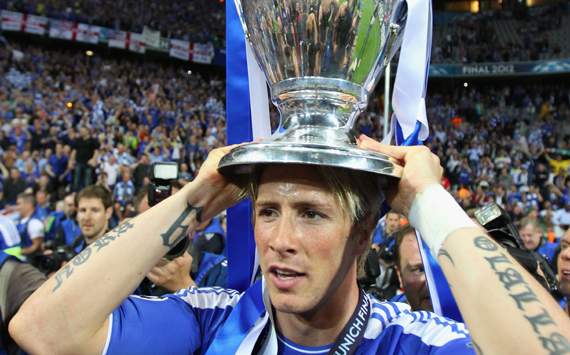 With Didier Drogba now in China, Fernando Torres is finally the main man at Chelsea, a status he feels he has deserved ever since his £50 million move from Liverpool

With the likes of Juan Mata, Eden Hazard, Oscar and Frank Lampard behind him, the Spaniard will surely be licking his lips at the service he is likely to receive next year.

The formation will be designed around him scoring heavily and towards the end of last season, for club and country, he was finally showing signs of life in front of goal after a barren run of form.

It remains to be seen, though, if his confidence has fully recovered, and going from six league goals in 2011-12 to top scorer this season could be a tough ask. But, if anyone is capable of a dramatic turnaround in fortunes, it is Torres. 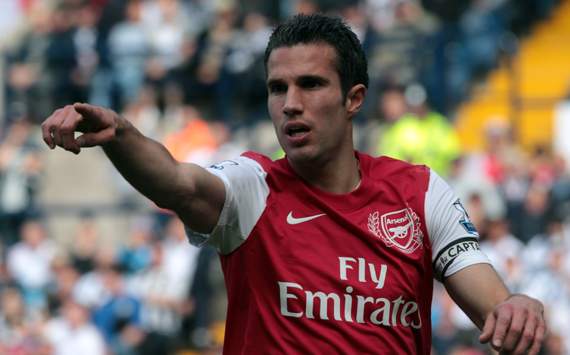 The last 18 months have been far and away the best in Robin van Persie’s career, with 48 goals having been scored in his last 63 top-flight matches.

The Dutchman won the Premier League golden boot last time with 30 goals and having finally got over his persistent injury problems – he played in every one of Arsenal’s league games last season – has proven there a few more prolific players in world football.

His future remains very much uncertain, with both Manchester clubs still circling and a stay at the Emirates not impossible. Wherever he ends up though, Van Persie is at the peak of his powers and, fitness permitting, will be one of the strikers to beat in the race for the golden boot. 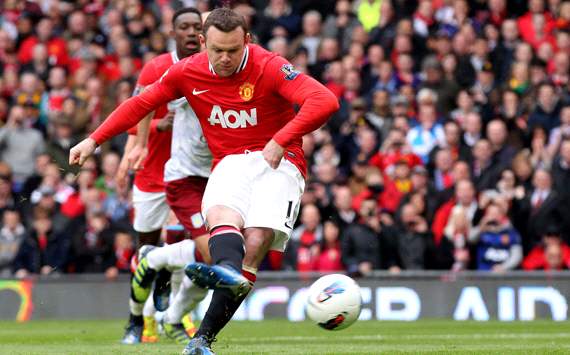 While last season was not a vintage one for Wayne Rooney in terms of his performances, the England forward still netted 27 league goals as Manchester United came within a whisker of title glory.

It was Rooney who found the target on the final day of the season against Sunderland and he was on fire as the season started, with hat-tricks against Arsenal and Bolton.

He has scored at least 25 league goals in two of the last three campaigns, having developed the ability to score consistently even when he is having bad games or poor runs of form, the sign of a true goalscorer, while he has become more successful in one-on-one situations.

Being moved onto penalty-taking duties has also improved his scoring record and with him remaining United’s main focal point in attack, it is hard to see him not being right in the mix at the top of the golden boot race once the season is reaching its conclusion. 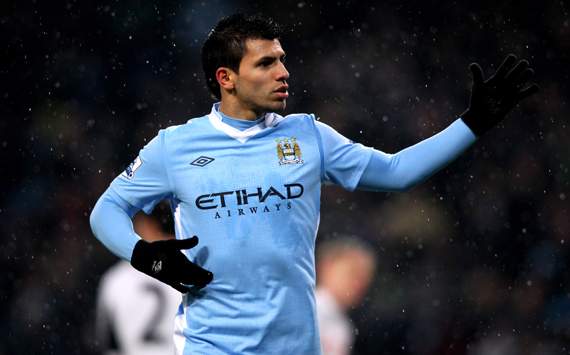 The Argentine proved he was a special talent during his debut season in England, scoring 23 Premier League goals in just 31 starts, including the title-winning strike on the final day against QPR.

Capable of scoring all kinds of goals, with his electric pace, impressive technique and ruthless finishing streak, the 24-year-old is now a year wiser and ready to give defenders a torrid time yet again.

Aguero has been in sensational form during pre-season and looks ready to spearhead City’s defence of their domestic crown from day one.

Many bookmakers make him favourite to top the scoring charts in 2012-13 and while it could be a titanic battle with the likes of Rooney and Van Persie, it is hard to look past the former Atletico Madrid star improving on last year’s tally and, like his team, standing tall above the rest.

Do you agree with the order of our top 10? Which striker do you think is most likely to top the goalscoring charts? Have we missed anyone out? Get involved in the debate, vote in our poll and give us your own top 10 by leaving a comment below!