With no Premier League action over the weekend, the FIFA Team of the Week is dominated by players from Europe’s biggest leagues.

Among those to get a nod for the squad is Marseille forward Mario Balotelli, who has enjoyed a startling return to form since moving to Stade Velodrome from Nice. Joining the Italian in attack is AC Milan forward Krzysztof Piatek.

There is plenty of attacking flair in the midfield, meanwhile. Leading the charge is Bayern Munich winger Kingsley Coman, but Girona star Portu is also in the XI after helping his side overcome Real Madrid at the weekend. Radja Nainggolan and Bruno Fernandes are offensive components of a unit that is anchored by Hoffenheim’s Kerem Demirbay.

Marquinhos won widespread praise for his performance as Paris Saint-Germain won 2-0 in the Champions League against Manchester United, and though he was used as a midfielder in that match, he is involved in the defence of this star-studded side. Alongside him in the rearguard are Alvaro Gonzalez and Domenico Criscito.

In goal, meanwhile, is the ever-reliable Jan Oblak of Atletico Madrid.

See the full squad below… 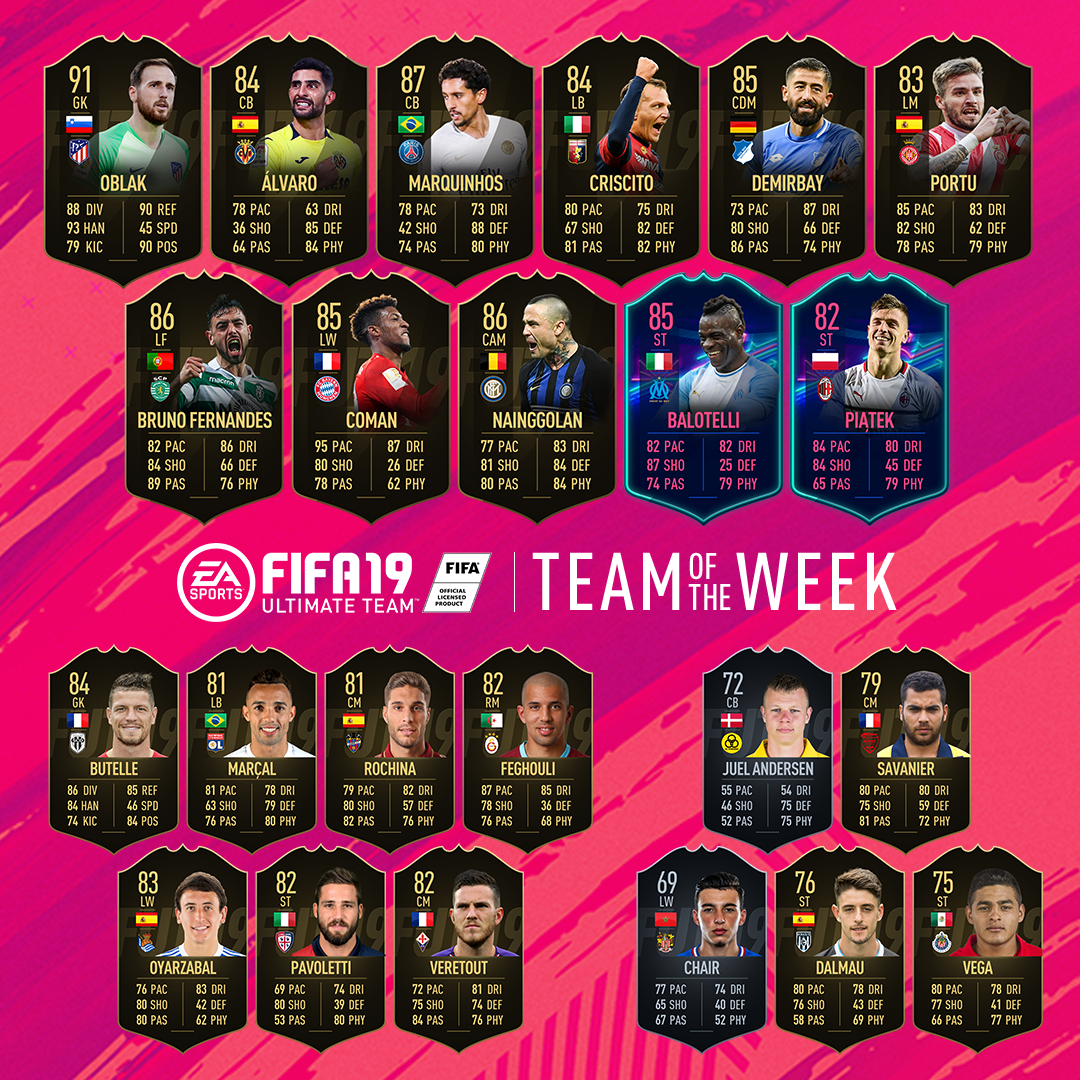