Dropped from the Manchester City squad after reportedly partying into the early hours on the morning of a crucial clash with Tottenham, the writing appeared to be on the wall for Mario Balotelli with regards to his future at the club.

Roberto Mancini is understood to be ready to finally wash his hands of the enigmatic Italy international for good.

But Balotelli’s agent, Mino Raiola, insists that is not the case, and gave a rather surprising indication as to why the 22-year-old will remain at the Etihad Stadium for at least a little while longer.

“His [Balotelli’s] relationship with Mancini is like that between a husband and his wife,” Raiola told Radio CRC. “They argue but they love and respect each other so much.

“Everyone has their own ideas, but Mario will remain at Manchester City. He won’t go to AC Milan.” 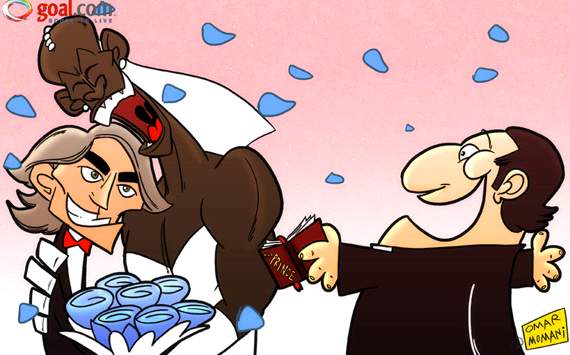