There was late drama in Bordeaux as Nice were reduced to nine men and held on for a draw, their lead at the Ligue 1 summit now two points.

Nice had Mario Balotelli and Younes Belhanda shown contentious straight red cards as they saw their Ligue 1 lead cut to two points after a 0-0 draw away at Bordeaux.

Lucien Favre’s side dominated possession at the Matmut Atlantique but struggled to create chances, with second-placed Monaco closing the gap courtesy of a 2-1 win over Caen.

Paris Saint-Germain also now moved to within five points after a 5-0 thumping of bottom side Lorient, and the controversial late dismissals from referee Mikael Lesage will add to the bitter taste for Nice. 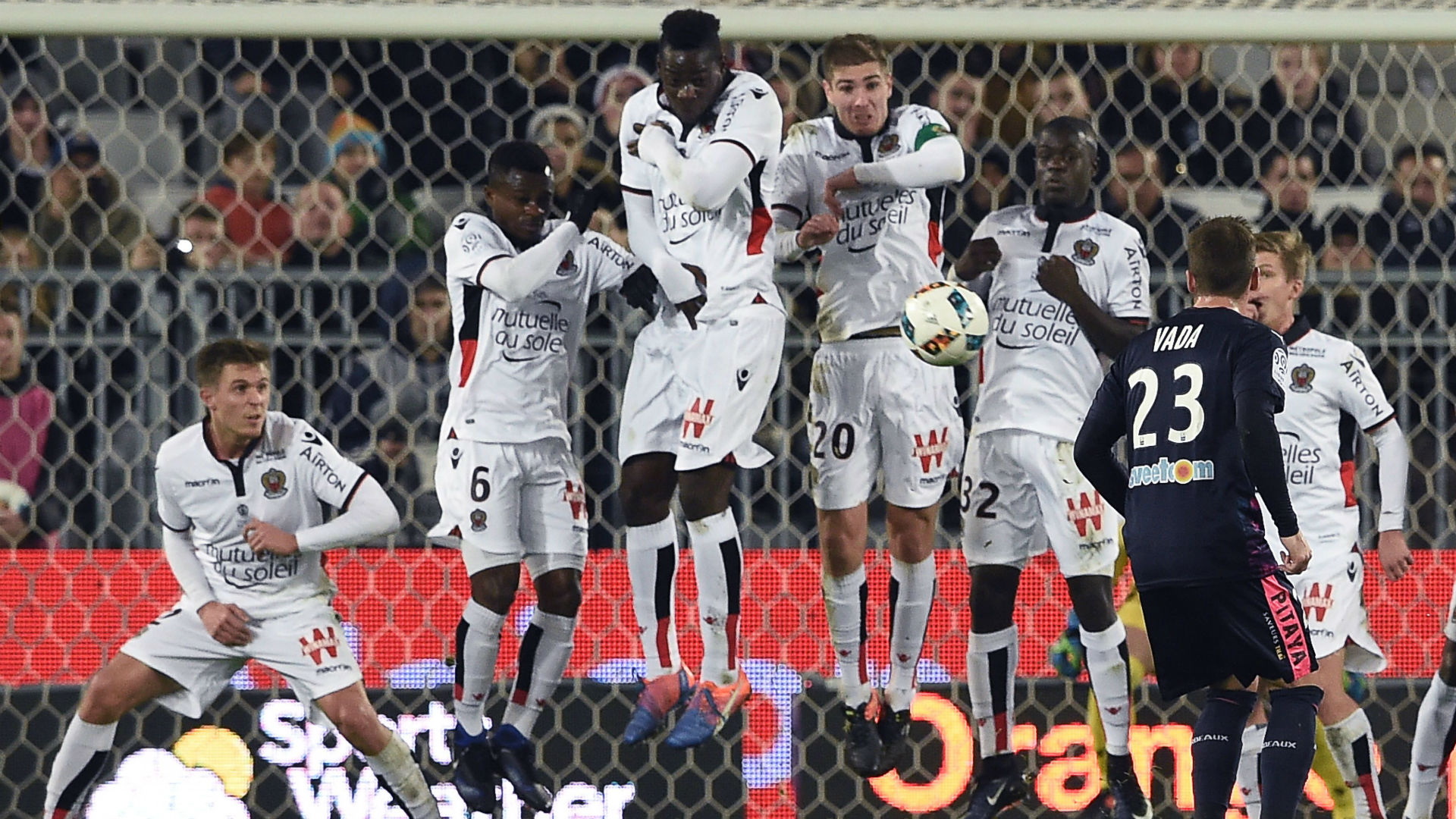 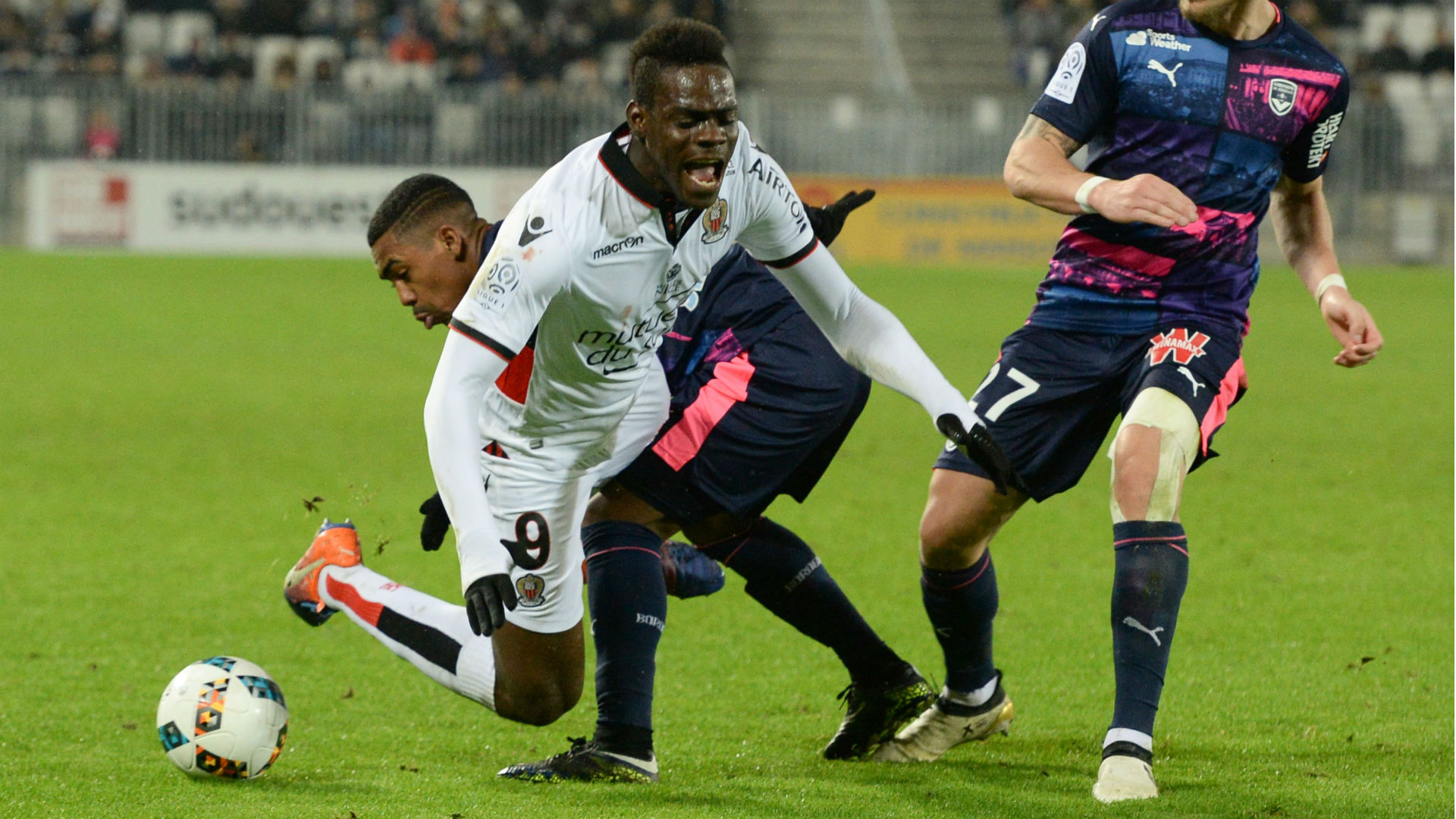 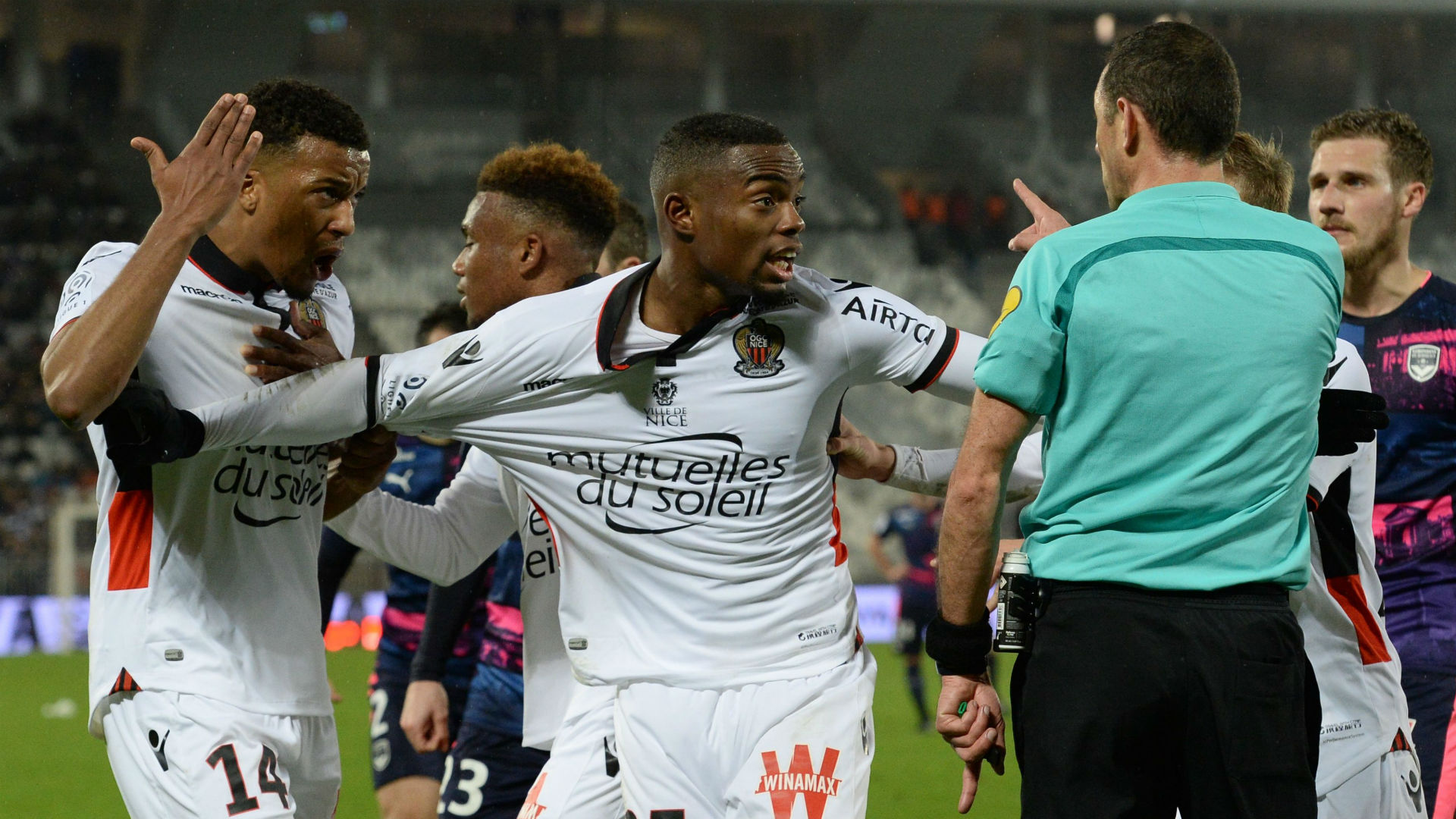 Wylan Cyprien and Balotelli saw Nice’s only two shots of the first half saved by Bordeaux goalkeeper Jerome Prior, and it did not get much better after the restart.

7 – Mikael Lesage has given 7 red cards in Ligue 1 this season, more than any other referee. Whistle.

After Bordeaux’s Diego Rolan hit the post, the Ligue 1 leaders lost goalkeeper Yoan Cardinale to injury 11 minutes into the second half.

His replacement, Walter Benitez, produced a fine stop to keep Gaetan Laborde out in the closing stages, but there was still plenty of drama in store.

Balotelli was sent off for a kick on Igor Lewczuk in the first minute of second-half stoppage time, though replays suggested the defender’s reaction was exaggerated.

As Bordeaux pushed for a winner tempers flared, and Francois Kamano’s theatrical reaction to a kick on the back of the leg from Belhanda sparked a confrontation between the two sets of players that ended with the Nice man heading down the tunnel prematurely.