Mario Balotelli says he would head back to Manchester City “for free” as he plots a move to a “big club” that can challenge for trophies.

The enigmatic Italian striker enjoyed a productive spell at the Etihad Stadium between August 2010 and January 2013, winning the Premier League title and FA Cup.

His career rather hit the skids from that point, at AC Milan and Liverpool, but he has been rejuvenated since joining Ligue 1 outfit Nice in 2016.

Having recaptured his form and rebuilt his reputation, and only working on a contract in France until 2018, the 27-year-old feels he is ready for a step back up the football ladder.

Balotelli told Sky Italia on his future plans: “The aim is to go back to a big club. To win something important again. I called [agent] Mino Raiola and asked: ‘What am I doing in January?’ He said he didn’t know. I want to remain, so we’ll see. 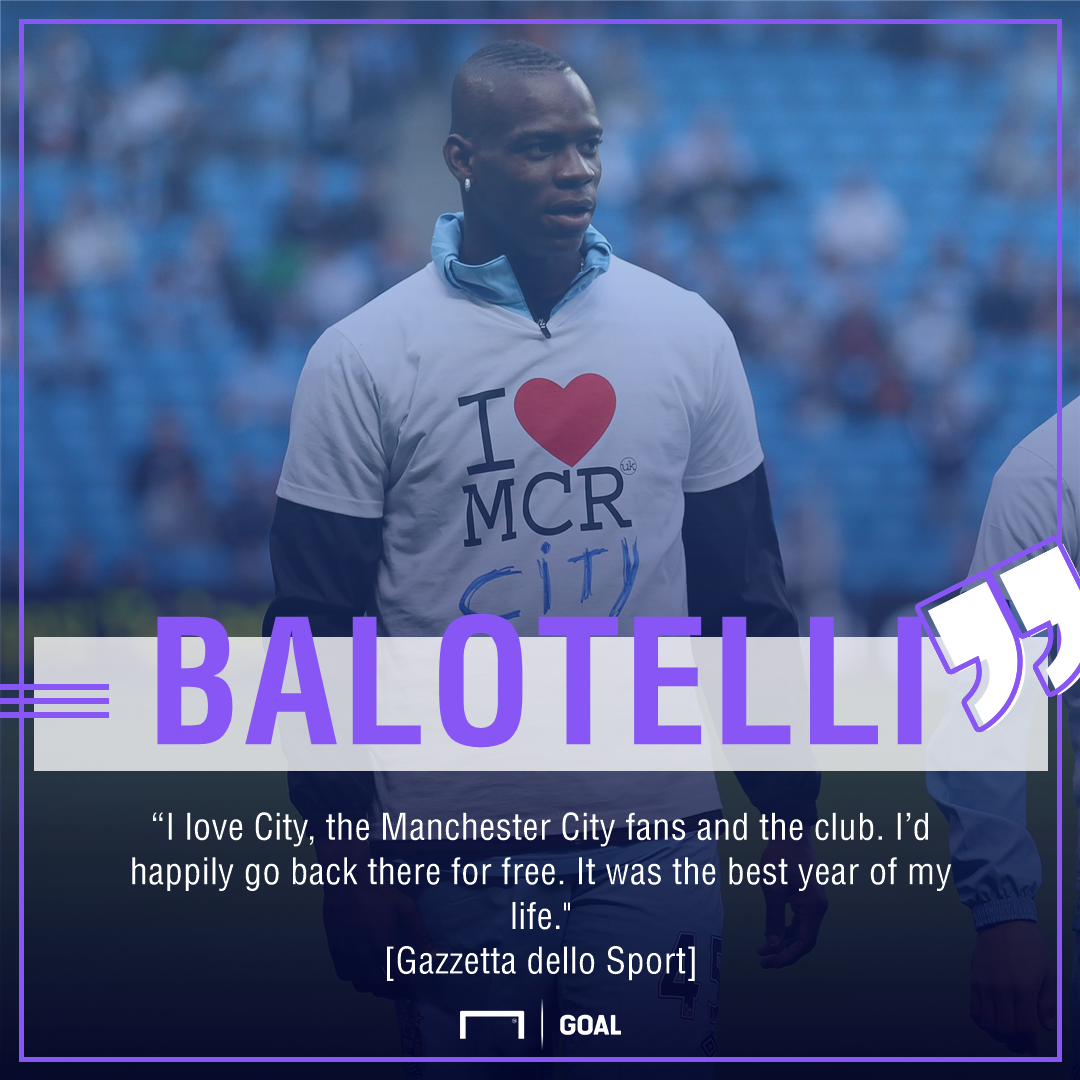 While Balotelli’s time in England with City could have been considered eventful, with a professional relationship having soured by the time he returned to Milan, he still follows the club closely.

He is among those to have been impressed by the progress made under Pep Guardiola and admits that he would jump at the chance to work under one of the finest managers in the business at one of the world’s biggest clubs.

Balotelli added to Gazzetta dello Sport: “I love City, the Manchester City fans and the club. I’d happily go back there for free. It was the best year of my life, even if the city is a little difficult to live in. Manchester is not London.

“In football terms, City was spectacular. I am so happy that they are going strong with Pep Guardiola and hope they win the title with 20 games to spare.”

While a second stint at City remains unlikely, Balotelli has put himself in the frame for a big move by taking his goal tally at Nice to 33 in just 49 games.