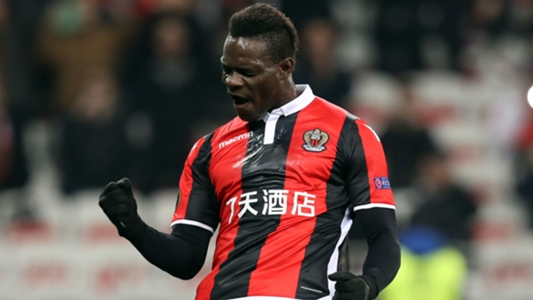 A return to Serie A could be on the cards for Mario Balotelli after Roma coach Eusebio Di Francesco confirmed his desire to coach the Nice striker, whose contract expires at the end of the season.

Italy international Balotelli came through the ranks at Inter as a teenager and looked destined to become one of the world’s elite players.

However, subsequent spells with Manchester City and AC Milan only saw the technically gifted forward impress in flashes, with consistency lacking from his game amid disciplinary issues.

A move to Liverpool in 2014 proved an unmitigated disaster for Balotelli, as he managed just 16 Premier League appearances and scored only one goal, before a disappointing loan return to Milan for the 2015-16 campaign.

However, the 27-year-old has found his feet once again at Nice, notching 28 times in 42 Ligue 1 games since the start of last season and his agent Mino Raiola claimed on Thursday he will be heading back to England or Serie A, with Roma interested.

“I spoke to him two years ago about bringing him to Sassuolo, but nothing came of it. Still, he’s an interesting player with huge quality.”

Roma find themselves in a tussle for Champions League football this season and face the unenviable prospect of heading to brilliant pacesetters Napoli on Saturday.

Di Francesco is well aware of the task facing his players, lauding the impact his opposite number Maurizio Sarri has had on Napoli.

“Napoli are in great condition, both psychologically and physically, and led by one of the best coaches around,” Di Francesco said.

“Maurizio Sarri is one of the best coaches in Italy. He has changed his playing system over time, but he has always stayed true to his footballing philosophy.”