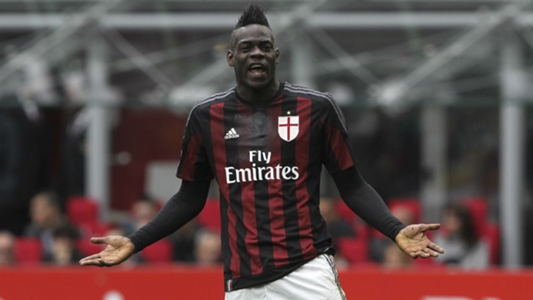 Mario Balotelli has accused some AC Milan fans of lacking respect and gratitude following their derisory response to rumours linking him with a return to San Siro.

The outspoken Italy striker is in his third season with Nice, although he is yet to register a goal in 2018-19.

Speculation began to circulate recently that Balotelli could complete a move back to the Rossoneri, where he spent two spells either side of an ultimately unsuccessful switch to Liverpool.

That talk was met with scorn by some sections of the Milan faithful, prompting Balotelli to post a riposte via an Instagram story.

“It is nice to see so many Milan supporters who would not like my unlikely come back to Milan,” he wrote.

“I have not planned any transfer so far.

“I wrote that because I want to highlight how there is no gratitude and no respect from people I will always love.”

While Balotelli has seemingly ruled out a return to San Siro, he may need another move soon in order to get his career back on track.

The positive progress he made through his first two years at Nice has stalled this term, with current boss Patrick Vieira having questioned his value.

The Frenchman said of the fiery frontman in November when reflecting on a 1-0 win over Nimes: “We didn’t put enough pressure on our opponent. Just like Mario Balotelli, we were less than average.”

Balotelli’s former boss at Inter and Manchester City, Roberto Mancini, has also questioned the 28-year-old’s mindset, telling Radio Anch’io Sport: “I’m sorry to see Balotelli waste his talent the way he does, but I think he can keep people entertained by scoring goals.”