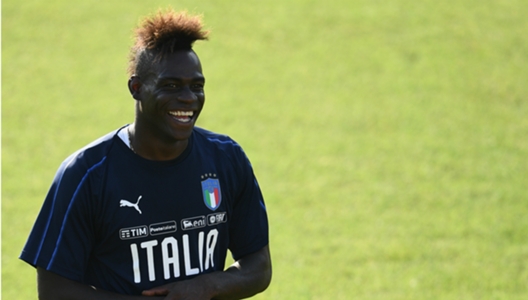 Wantaway striker Mario Balotelli has returned to training with Nice after talks over a move to Marseille stalled.

Balotelli had come in for criticism from new coach Patrick Vieira, as well as fans, after failing to turn up for pre-season training as his move to the Stade Velodrome apparently edged closer.

However, negotiations have reportedly broken down and, though Balotelli was said to be keen not to return to Nice, he took part in training on Tuesday, going through an individual session.

Balotelli has scored 43 goals in 66 appearances for the Ligue 1 side, rebuilding his reputation after a disappointing few years in England and his home country.

The 27-year-old has been recalled into the Italy setup on the back of his good form, scoring against Saudi Arabia and starting against France in June.

Balotelli signed a one-year deal last season, but Nice insist that if he does leave it will not be for free, despite the expiration of his contract.

“I had him on the phone a few weeks ago and we had arranged for him to start pre-season training,” Vieira had previously told L’Equipe. “Unfortunately, he is not here.