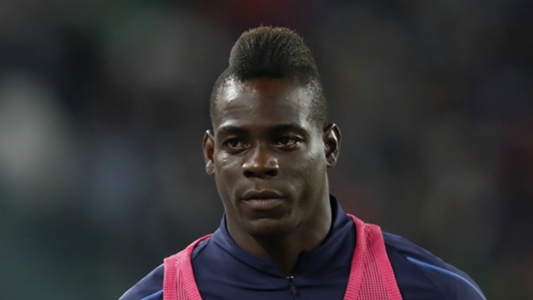 Mario Balotelli will be banned for the first two matches of the new Ligue 1 season – if the Italy international remains in French football.

The Ligue de Football Professionnel (LFP) confirmed on Thursday that Balotelli has been hit with a two-match suspension.

Balotelli was given the ban after the LFP ruled he dived in a match against Caen, leading to Ismael Diomande being sent off.

Nice forward Balotelli is out of contract at the club, having spent two seasons rebuilding his reputation in Ligue 1.

The Italy international has scored 33 goals for Nice over the past two Ligue 1 campaigns, while adding seven strikes in the Europa League for the club.

His solid form in France’s top flight earned him a recall for Italy, with the striker scoring in his return to the Azzurri.

Balotelli has previously stated that he is uncertain what his club future holds, admitting to Nice’s official website he makes his decisions on a week-by-week basis.

New Nice coach Patrick Vieira has said he expects Balotelli to report for pre-season training despite speculation over his future.

Ligue 1 rivals Marseille are reportedly keen on Balotelli, who has also been linked with a Serie A return to either Napoli or Roma.