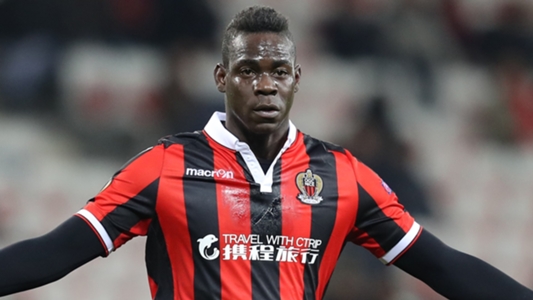 Patrick Vieira is prepared to be patient in order to get the best out of Mario Balotelli as the striker works through his goal-scoring drought.

The Nice manager, whose team take on Saint-Etienne on Sunday, has seen the Italian draw blanks in every game he has played in Ligue 1 this season, but believes he has little alternative but to stick with his misfiring front-man.

Nice have scored just 12 goals in 16 games this season, yet still sit seventh in the league, just four points outside of the Champions League places.

And Vieira feels he is undergoing an education in man-management in dealing with Balotelli’s temperament, as he seeks to help him rediscover the form that once made him one of the most sought-after young players in Europe.

“He (Balotelli) did not expect to be scoreless. He thought that even on one leg, he would have scored more. But football remains a high-level sport; there is a minimum to be competitive.”

Balotelli has struggled with disciplinary problems throughout his career and has repeatedly been accused of lacking application, failing to live up to sky-high expectations at Manchester City, AC Milan and Liverpool.

He signed for Nice in 2016 in what was widely thought to be his last opportunity to deliver in one of Europe’s top leagues, and scored 33 league goals in his first two seasons as the club massively exceeded expectations in Ligue 1.

But his manager has been critical of his match preparations and physical condition this term.

“He misses the preparation, his head is elsewhere,” said Vieira. “He comes back in a physical state that was not his in May, it does not come back overnight because you do not play against bad teams every weekend.

“If I leave him out, I do not hesitate to do so, because I have to be fair to him and to the group.

“I’m no longer a player, I have to think twice before saying something because it can have an impact, I risk losing a player and regret it, I try to be constructive.”