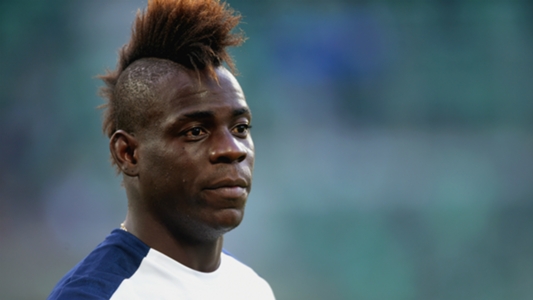 Mario Balotelli could be named Italy captain but the striker is a doubt to face France, said head coach Roberto Mancini.

Balotelli repaid Mancini’s faith in recalling him to the international setup with a goal against Saudi Arabia in his first Azzurri appearance for four years.

The Nice striker hit out at a banner – featuring the words ‘my captain has Italian blood’ – displayed during the game that appeared to be targeted at Balotelli.

Mancini defended the former Manchester City forward and said he would not hold back from naming Balotelli as his captain in the future.

“In the national team, the armband always goes to the player with the most caps,” Mancini told the media on Thursday.

“If Balotelli were in the starting XI and had more caps than the others, then he would be captain.

“The banner we saw in St Gallen was an ugly incident that should not have happened.

“In any case, Balotelli is in doubt to play [against France on Friday and we’ll only decide tomorrow morning.”

Balotelli’s Nice future is in doubt as the Italian is out of contract and Mancini offered the striker some guidance as to his next move.

“If Mario does leave Nice, then it’s important he finds a club where he can play regularly, score goals and continue to improve,” Mancini added.

Balotelli, however, said he is in the dark about where he will be playing his club football in the 2018-19 season.

“I never really think about [the future],” Balotelli told Nice’s official website. “I don’t want to think too far [ahead].