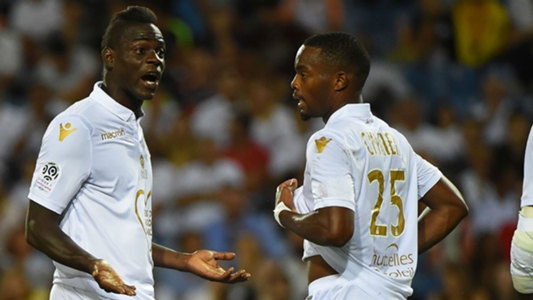 Mario Balotelli has been told to stop making excuses and take more responsibility for his actions by Nice team-mate Dante.

The enigmatic 28-year-old has taken in a colourful career to date, with his name never far from the headlines.

Another eventful campaign has been opened in 2018-19, with a summer of transfer speculation seeing the former Manchester City and Liverpool striker eventually decide to stay put.

He was then returned to the Italy fold, only to be subsequently dropped by Roberto Mancini as questions over his physical condition surfaced.

Balotelli has rubbished claims of his weight leading to fines at Nice, but his club form has done little to help his cause.

Another disappointing showing was put in against Montpellier on Saturday, with Dante among those to criticise his efforts in the wake of a 1-0 defeat.

The Brazilian defender told Canal+: “It’s up to him to step up and take charge in attack, to take on some responsibility.

“He’s not in great shape physically, we know that, but it’s up to him to work and train to improve his fitness levels.

“At some point, he simply has to take control of the situation.

“There’s no point blaming the team and saying we don’t get the best out of his qualities. No!

“There were times when the team didn’t play so well and I defended them, but we must always be self-critical and question ourselves at every turn to make sure we’re doing our best.”

Balotelli followed up a 17-goal debut campaign with Nice by netting 26 times across all competitions last season.

A return to form saw him linked with several leading clubs across Europe before the decision was taken to stay in France.

Big things were expected of him in 2018-19, but he has seen just 166 minutes of Ligue 1 action so far and is still waiting on a first goal.