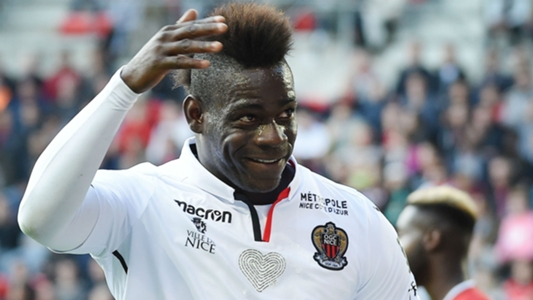 Mario Balotelli says managers need to “break his balls” in order to bring the best out of his enigmatic talent.

The Italian striker, who is currently with Ligue 1 side Nice having previously represented Inter, Manchester City, Milan and Liverpool, has posed plenty of questions to his many bosses down the years.

Some have been able to eke talismanic efforts out of him, with his form returning during an impressive debut campaign in France last season.

The 27-year-old is clearly a fan of Lucien Favre’s methods, with it important for him to feel “angry” if he is to produce the performance levels expected of him.

Balotelli told Nice’s official matchday programme ahead of a meeting with Marseille when asked how he would look to handle a player such as himself: “I would try to limit my compliments. Instead, try to break his balls, because I know when all seems calm, it’s a problem.

After netting 17 times in all competitions last season – his best return for three years – Balotelli saw a short-term contract come to an end.

Various clubs were reported to have expressed an interest in taking him on, but he eventually committed to another one-year deal with Nice and has gone on to net six times in eight appearances this term.

“I stayed because I feel happy here, it’s that simple,” added Balotelli.

“I am happy with my teammates, the supporters, the coach. When I signed the first time, I didn’t know how I’d feel here. It was a surprise, but I’m happy. Plus it’s a good project.

“This summer, we all had the objective of the Champions League in our minds and we wanted to go for it, or at least qualify for the Europa League.”

Nice failed to make the group stage of the Champions League, but have collected back-to-back victories in their two Europa League games to date.

They have also recovered from a slow opening to their Ligue 1 campaign to collect seven points from their last three fixtures.