The World Cup may still be 10 months away but there is already the feeling that one of football’s most compelling characters, Mario Balotelli, will only be given one final audition in his quest to play a part in next summer’s showpiece event in Russia.

Exiled from the Italy squad since Brazil 2014, when the Azzurri embarrassingly crashed out at the group stage, the 27-year-old’s renaissance in Nice has, thus far, curried little favour with national team coach Gian Piero Ventura.

Balotelli has been a star for his country in the past. His celebration after scoring against Germany in the semi-final of Euro 2012, flexed and rippling with muscles, is one of the iconic footballing images of the decade. The striker was truly magnificent that evening in Warsaw: strong, powerful and decisive; impossible to ignore.

However, he has never touched those heights since. 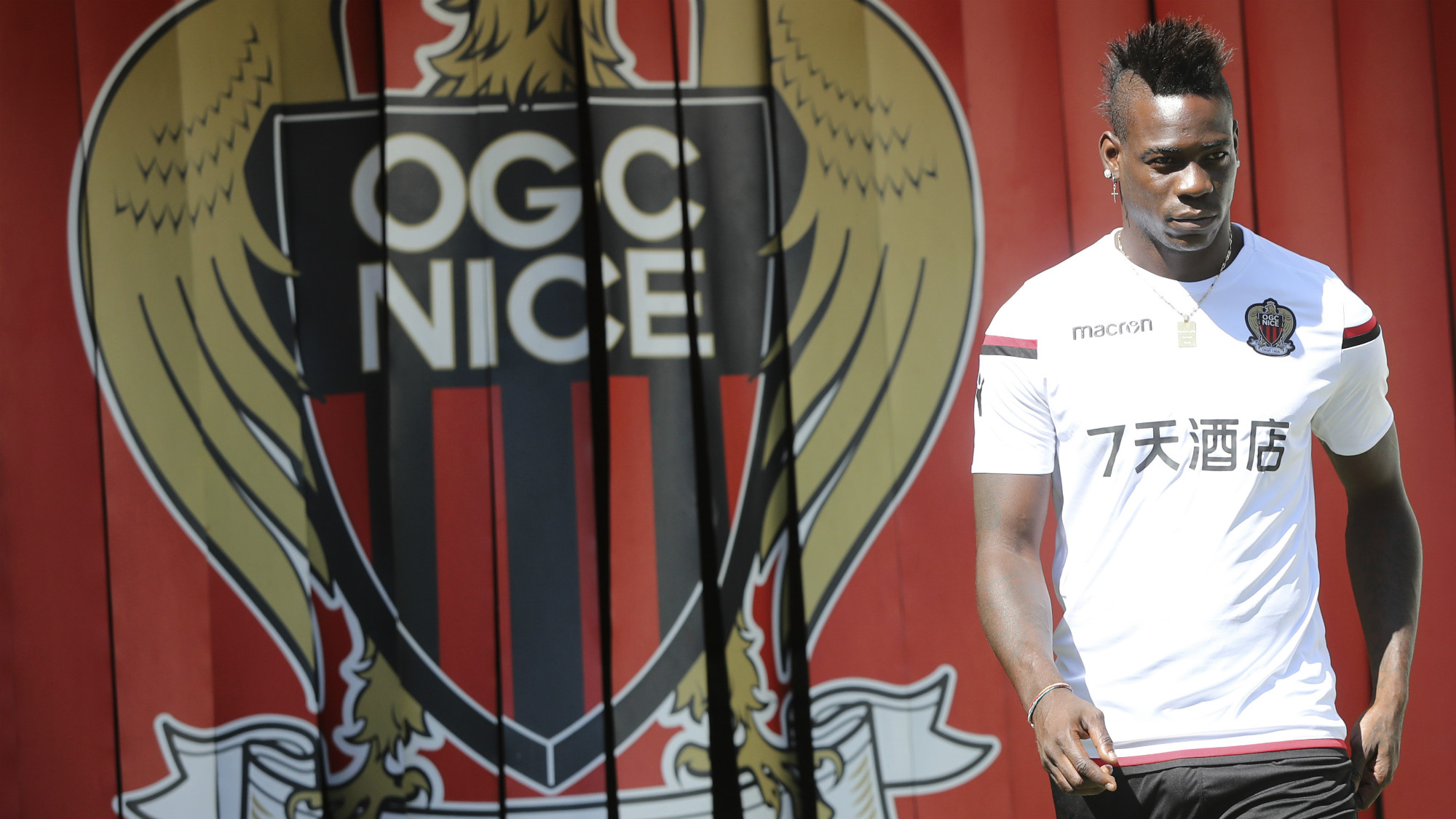 While Balotelli has been a hit in France, scoring 17 goals in his debut season on the Cote d’Azur, he has a tremendous amount of work to do if he is to force his way into the Italy set-up. It is not an impossible task, but it does look a very difficult one, particularly in light of the emergence of Andrea Belotti over the last 12 months.

Still, Balotelli will not get a better chance to showcase his talent than Tuesday’s Champions League play-off encounter between Nice and Napoli. It is a fixture that all football fans in his home country will have their eyes fixed upon – and no player will come under more scrutiny than the forward who is the very definition of mercurial.

A muscular injury prevented the former Manchester City man turning out in the first leg, which was won 2-0 by the Serie A side with almost embarrassing ease. Nice’s lack of strength in depth was brutally exposed by opponents tipped to offer a very serious league challenge to Juventus, though this time around both Balotelli and Wesley Sneijder are options open to Lucien Favre, even if the pair are drastically short of match fitness.

The Italian mustered only a 25-minute cameo in the weekend’s 2-0 success over Guingamp, which was already tied up by that point, and his Swiss coach has tipped him to strike up an instant relationship with the former Inter playmaker.

“They’ve not seen each other very much in training, for obvious reasons, but I think because they both understand football, they will get along. They just feel the game,” Favre said, while at the same time declining to confirm if ‘Super Mario’ will start.

Given the stakes, it seems inconceivable that Balotelli might begin on the bench. He is Nice’s headline act and with Alassane Plea suspended after being dismissed in the first leg last week, the former AC Milan ace is the man to carry the hosts’ attack.

Favre knows that including the enigmatic attacker comes at a price, however.

“I’ve told him that if he wants to go up a level, he could improve in the defensive phases,” he admitted. “But we know what he brought us last season and we won’t forget it.

“It’s important that we get all the players singing the same tune, although sometimes we know in advance we will have to compensate…” 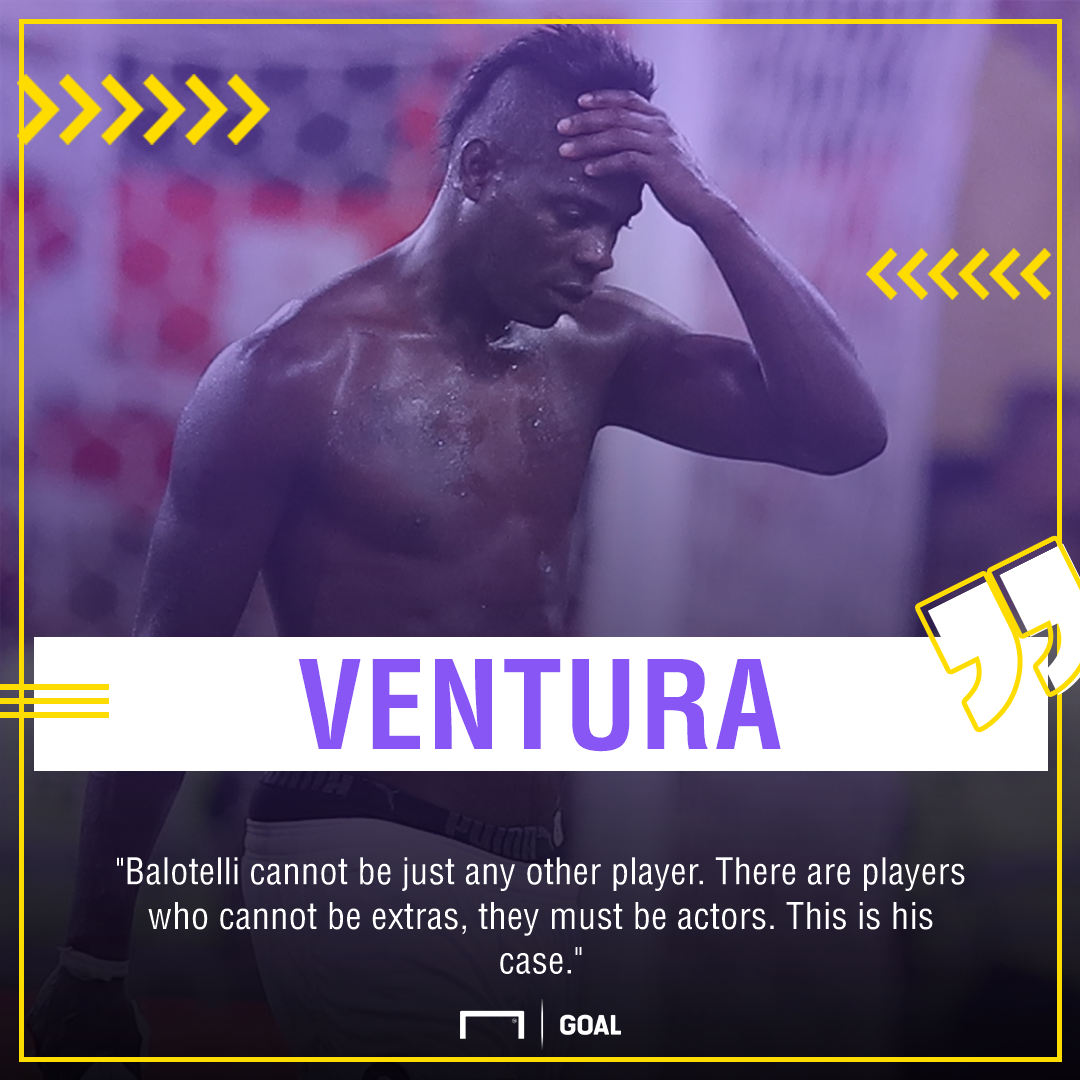 It is this attitude that is the sticking point in terms of Balotelli’s potential return to the Azzurri fold. A club like Nice cannot afford to leave out such a potentially potent force, a team like Italy can.

“It is not his talent that is questioned. It is a discussion of having a motive other than scoring a goal or not. All the coaches who had him had problems with him,” Ventura said in June.

“Balotelli cannot be just any other player. There are players who cannot be extras, they must be actors. This is his case. The day when he will do it, the door will be wide open for him.”

Perhaps, with the whole of Italy watching, Tuesday will be the day that Balotelli shows that he still has what it takes to be Italy’s leading man once again.